Sparrow Mart is on view at the Standard Hotel in Downtown LA from August 1-25. The 2,800 square foot installation mimics a supermarket from the ’80s, only every product, 31,000 to be exact, is made from felt. It took British artist Lucy Sparrow and her team of five one year to sew and paint each item by hand. No biggie.

So, why felt? Lucy says that it’s a “medium so synonymous with being a child,” and it’s an easy, colourful, feel-good fabric to work with.

Growing up in post-recession Britain, Sparrow was mesmerized by the glitz and glam of Los Angeles; it’s a place that “hugely influenced [her] artistic practice” and perhaps one of the few places that could truly appreciate cuddling up next to an avocado. 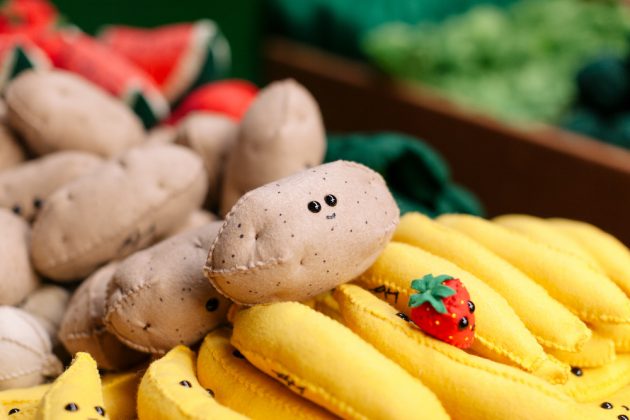 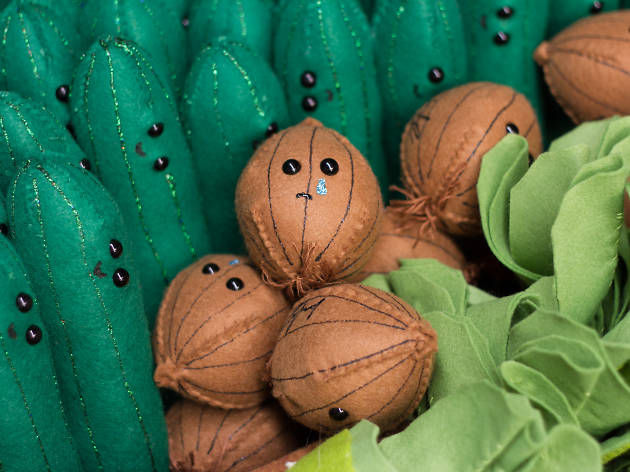 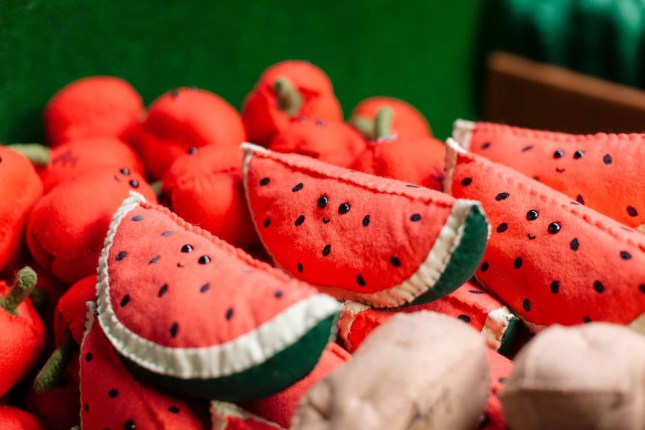 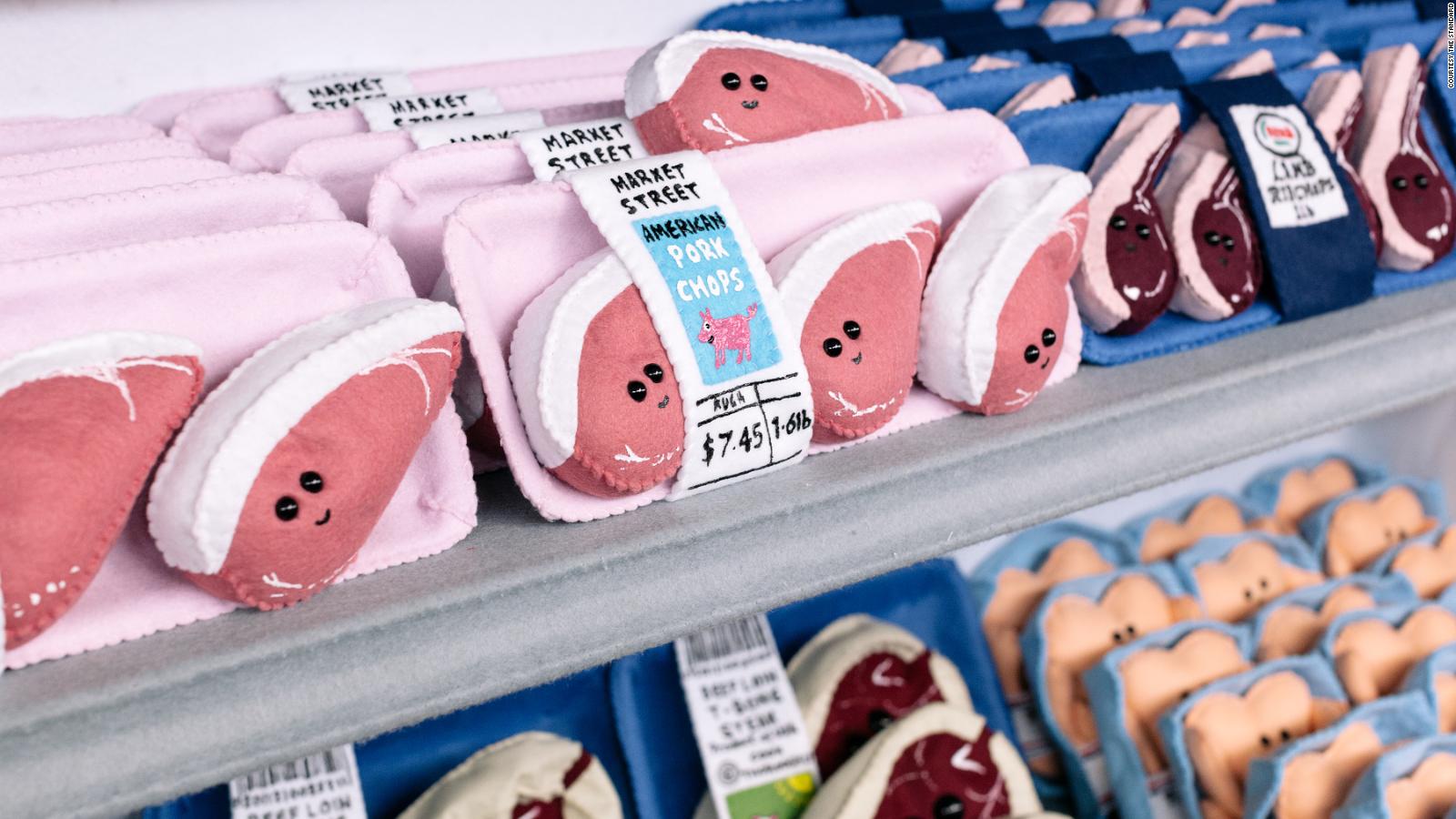 Sparrow Mart’s selection includes packaged goods, produce and meats that retail in store for between $1-$75 (USD) per item. What you won’t find on the shelves are healthy foods, simply because the packaging is “rubbish.” Every product must be the right colour (red and blue are always a safe bet) and must have a strong logo; instant recognition and familiarity are paramount. 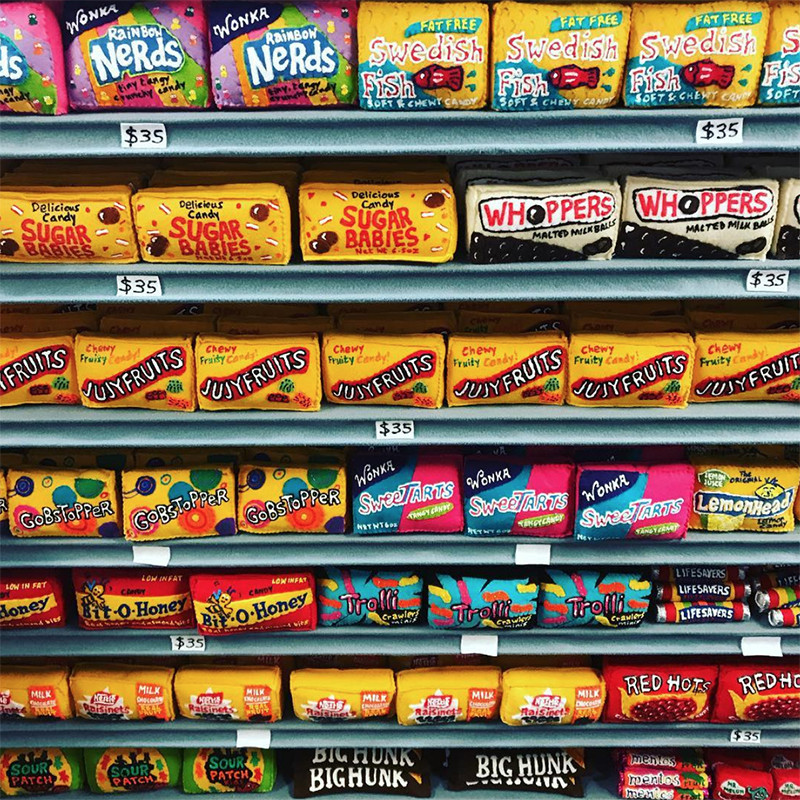 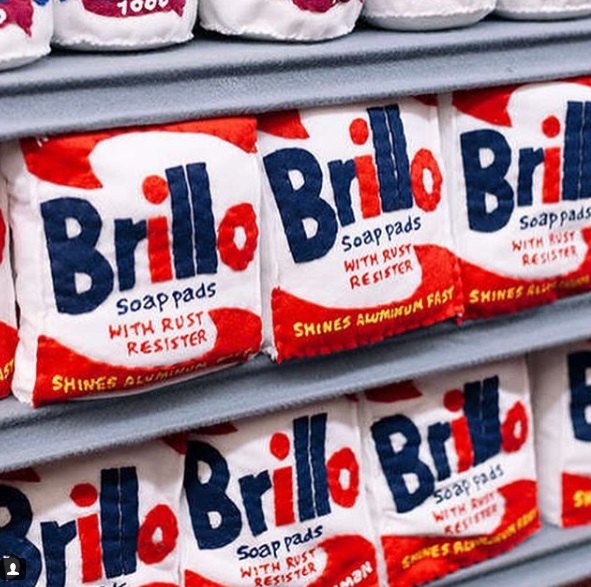 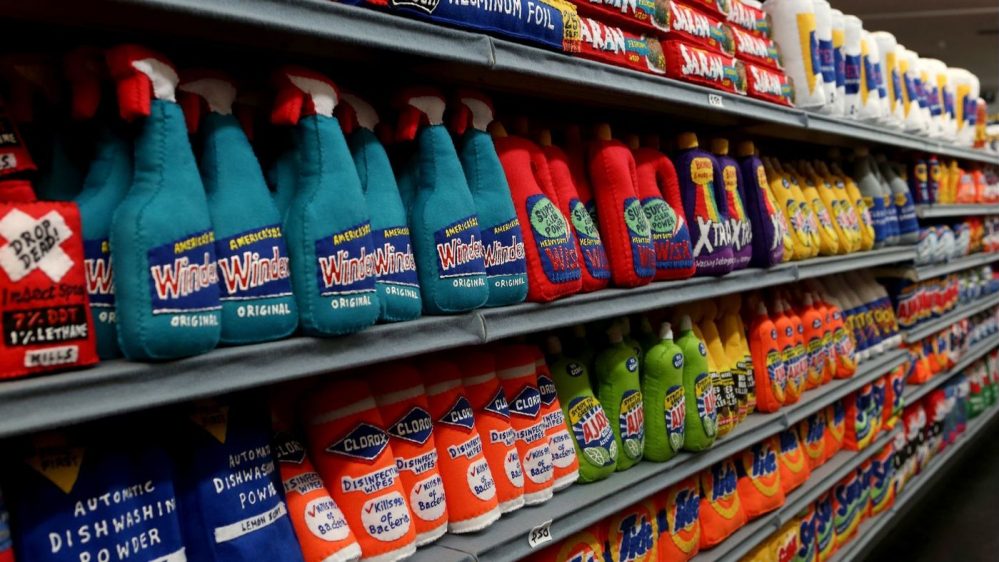 According to Lucy, art falls under two categories: art made to provoke and art that “brings you this sense of wonderment because of the feat in effort work.” She deals in the latter, saying, “the skill in it as actually putting it all together and having the madness or balls to actually do it, rather than having something that would take less time.” Sparrow Mart wasn’t Lucy’s first venture into the fun world of felt, though. In 2014, she stocked the shelves of “The Cornershop” in London with 4,000 felted items. The following year, she was the proprietor of Madame Roxy’s Erotic Emporium, the felt sex shop on display in London’s Soho district. 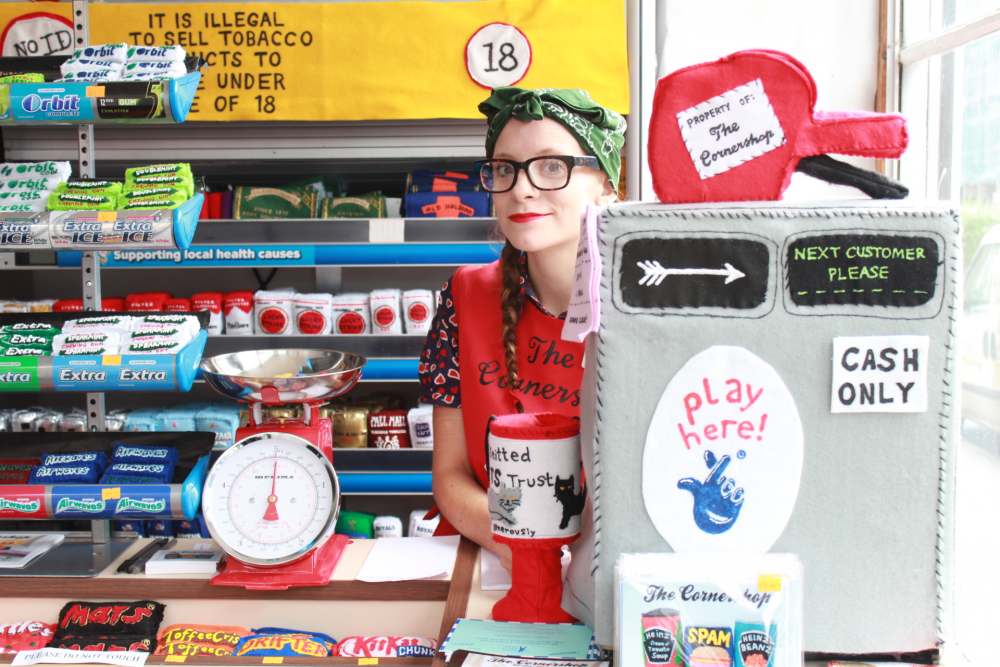 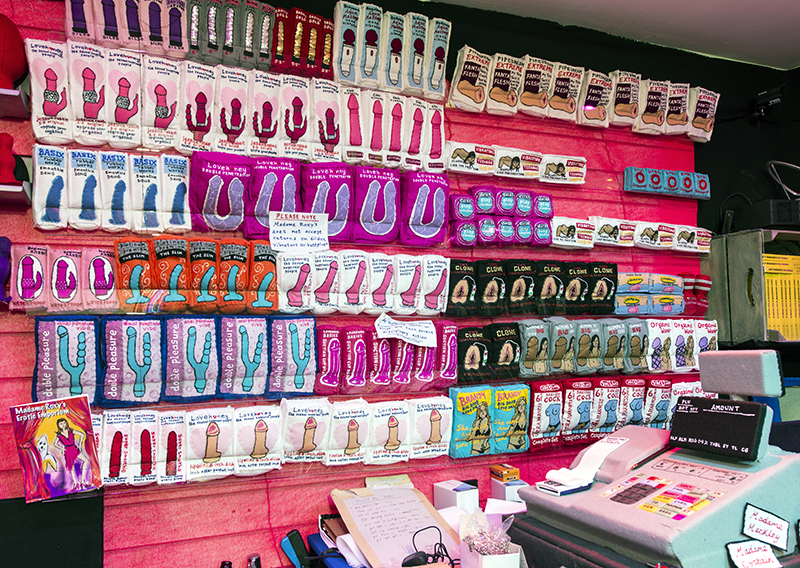 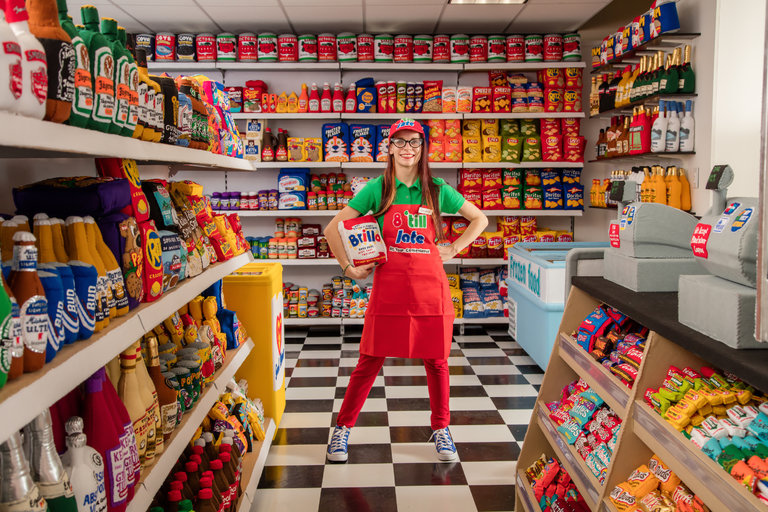 Last year, “The Convenience Store” or “8 ‘Till Late”, was transformed into an NYC style bodega home to 9,000 felt items nestled in the meatpacking district. In 2018, Sparrow says it feels different, like she “might actually know what [she’s] doing now.” With more square footage, a wider range of products and a lot of buzz, it’s safe to say she’s found her calling. 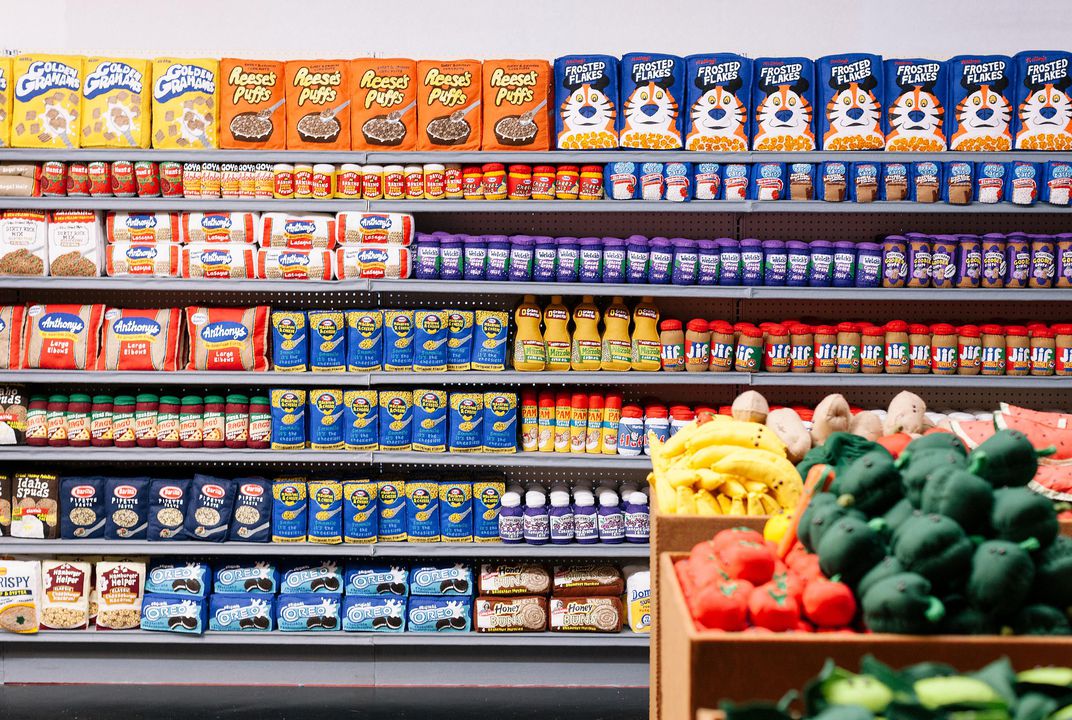 While contemporary art tends to point the finger at mass production and consumerism, Lucy Sparrow uses the grocery store to find common ground. Encouraging people to take a closer look at every day while indulging in aisles of colourful, comforting escape; there is no room for criticism only: “Wow, look at these wonderful things.”