It’s the early 90’s in Bristol, England, and Banksy has just jumped on the graffiti scene. He quickly develops his signature style — similar to Blek le Rat on the streets of Paris a decade earlier — using multi-layered stencils, spray paint and working around nature, street signs and city markers. His brand of humour is satirical as he delivers his message across art, philosophy and politics. His usual conduits: rats, cops, kids and the elderly.

One of Banksy’s most recognized works is ‘Girl with Balloon.’ It first appeared in 2002 on the side of a bridge in London’s South Bank and has since had a few iterations. The original is a black and white stencil of a little girl whose red heart-shaped balloon is whisked away by the wind. Attached in spray paint, it says, “There Is Always Hope.” 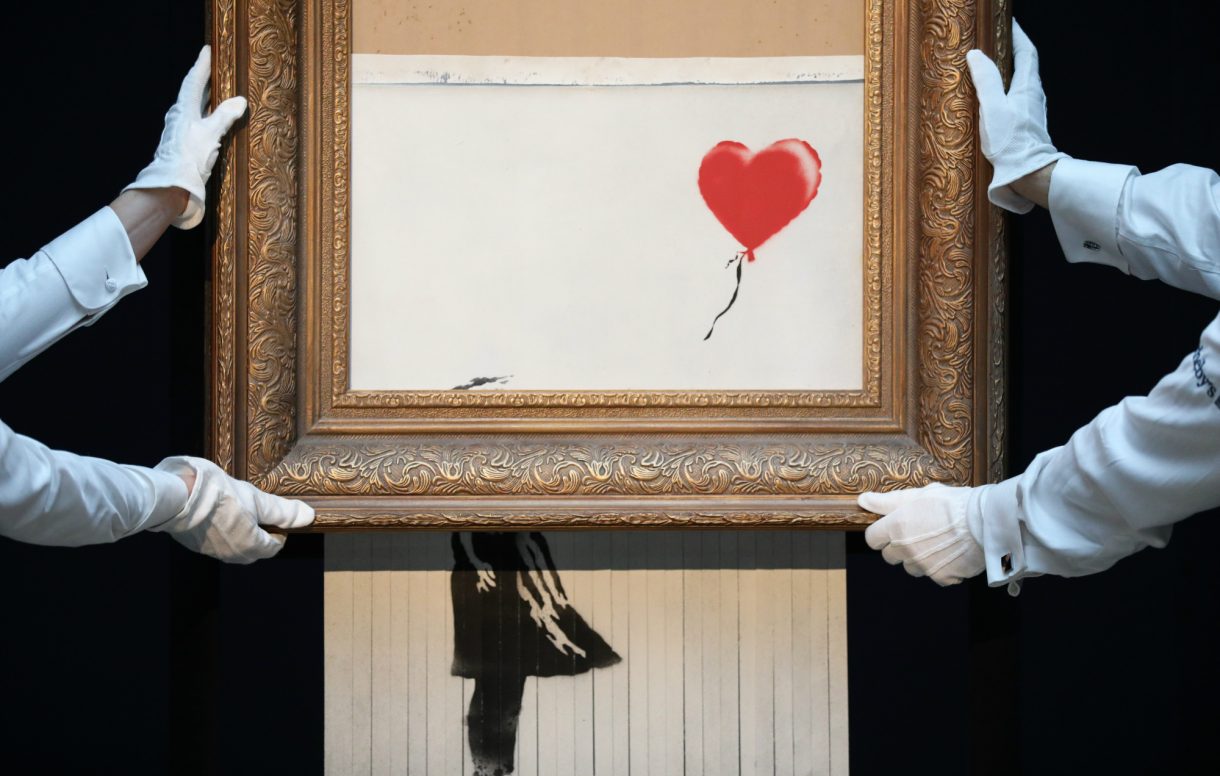 But the version that will go down in art history as the first piece ever created during live auction is called ‘Love Is in the Bin.’ Sotheby’s London auctioned off a copy of ‘Girl with Balloon’ in early October for 1.4 million dollars, and just as the bid went through, a secret shredder built into the painting was activated.

Banksy installed the shredder years ago for an occasion just like this; only the painting was supposed to shred entirely. What was the nation’s most beloved artwork would now be treasured even more — and worth twice as much. Call it a lesson in the impermanence of art or the fact that it’s always changing or just plain irony. 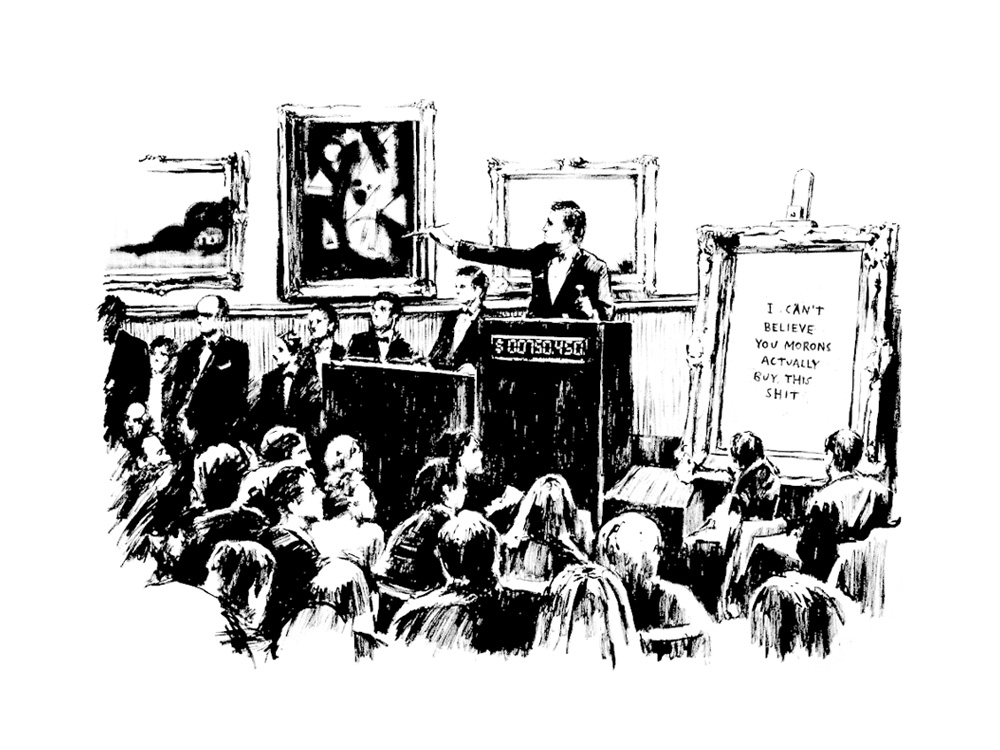 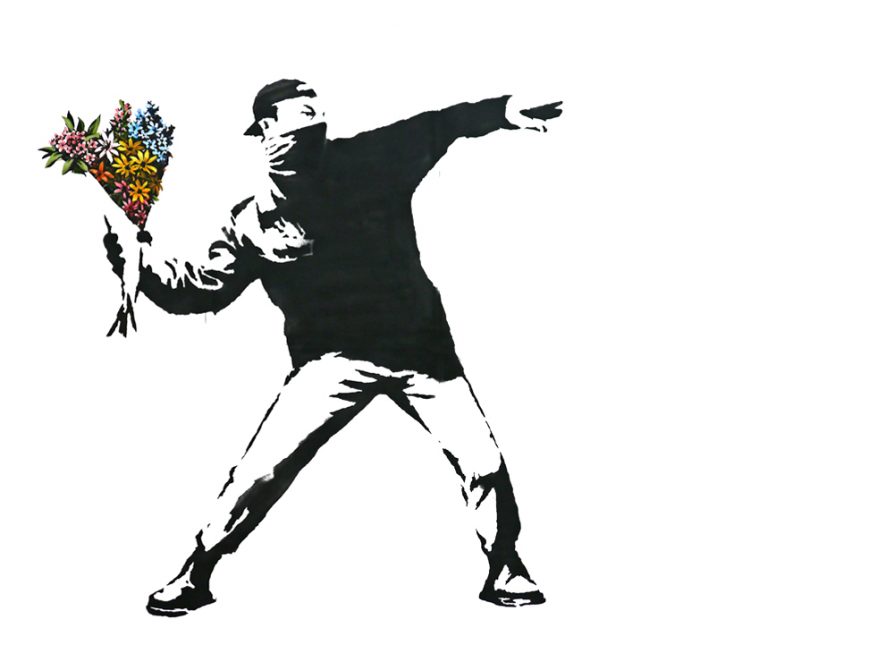 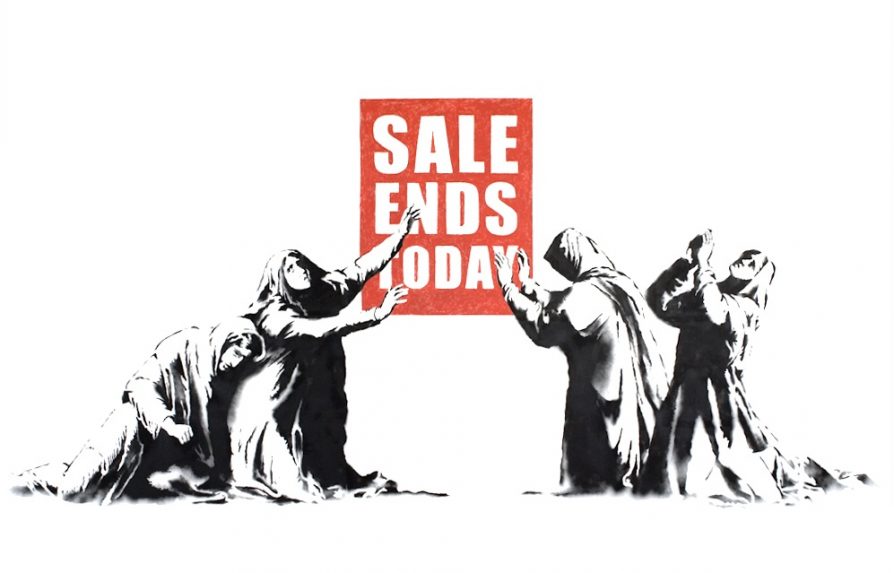 ‘Love Is in the Bin’ then takes on another meaning; Banksy is so frustrated with the frivolity of the secondary art market, that he exploits it. Classic. As a sort of anti-theft measure, the built-in shredder recalls, “The passion for destruction is a creative passion, too” (originally, Mikhail Bakunin).

Condemning the sale of his public work, Banksy joins other street artists of the mentality that nothing lasts; their art is meant for public spaces to enjoy until it’s defaced or painted over. Preserving it against the wishes of the artist by selling copies or transplanting them means that, among so many other things, context is lost. Something that could be seen in passing and was easily digestible is ripped from its home to sit in a stuffy auction house being fawned over because it reminds someone of the Dutch Golden Age.

So it goes in 2018 when the worlds of fine art are colliding with lowbrow more than ever. For some, it incites a new found appreciation; for others, it boasts supremacist art critiques. These people believe that art “is always difficult.” This leaves no room for work that is ‘tweetable’ or easily captured and shared—just like a Banksy. But, there is a place for it here, and now that ‘Love Is in the Bin,’ there’s a place for that too.

We get so caught up in what art means (or where it ‘belongs’) that we lose sight of what’s really important, and that’s what art means to us. Understanding it as a subjective experience is the whole point. If you think about it, it’s kind of like ‘Girl with Balloon’: released, recaptured, reinterpreted and reinvented. 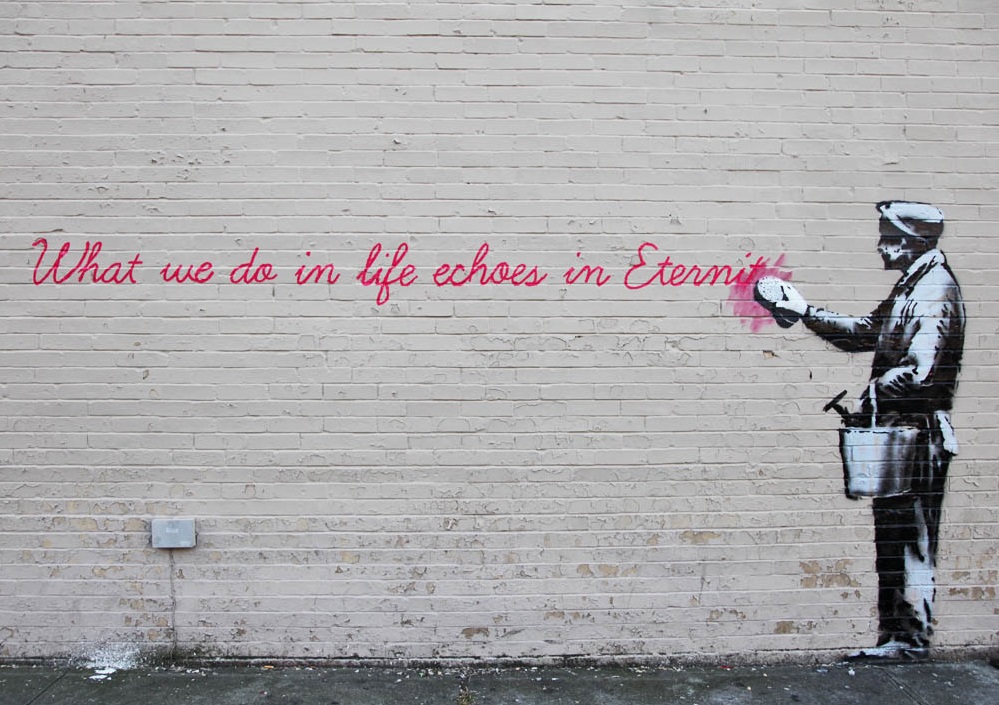 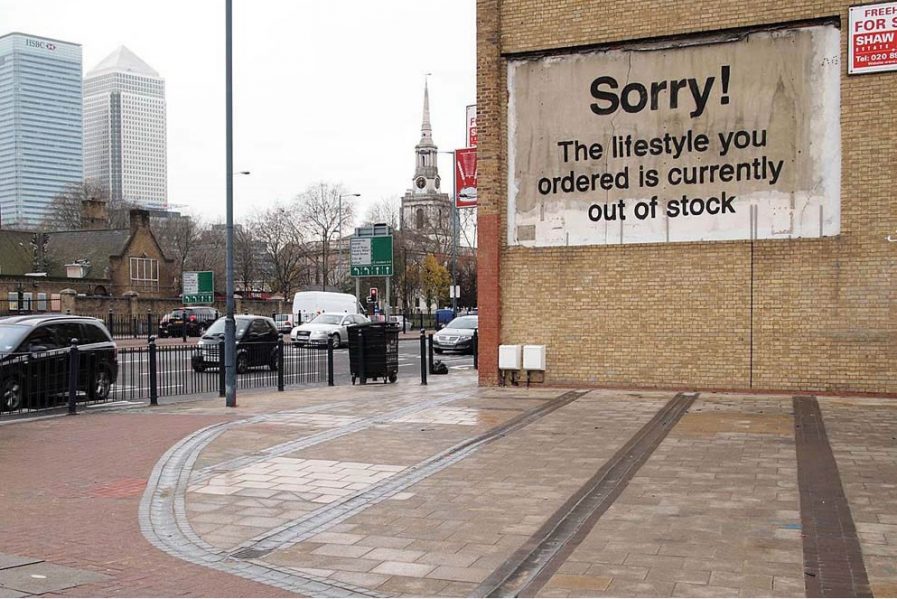 next
Sun Yuan & Peng Yu: Can’t Help Myself
prev
When Sparrow Mart Opened, I Felt That