Born on April 11, 1946, the late Chris Burden is a heavyweight in the American contemporary art world, yet his name is still one of the least known.

Burden, the son of an engineer and a biologist from Boston, grew up in France and Italy. At age thirteen, while staying in Elba, he was involved in a Vespa crash that required emergency surgery on his left foot without anesthesia. During his recovery, he developed a keen interest in visual art, specifically photography. He went on to complete his BA in visual arts, physics and architecture from Pomona College, followed by an MFA from the University of California, Irvine (UCI) in 1971. Over the next four years, Burden exacted extreme measures in performance art with pieces such as Shoot (1971), Deadman (1972), Through the Night Softly (1973), and Trans-fixed (1974). 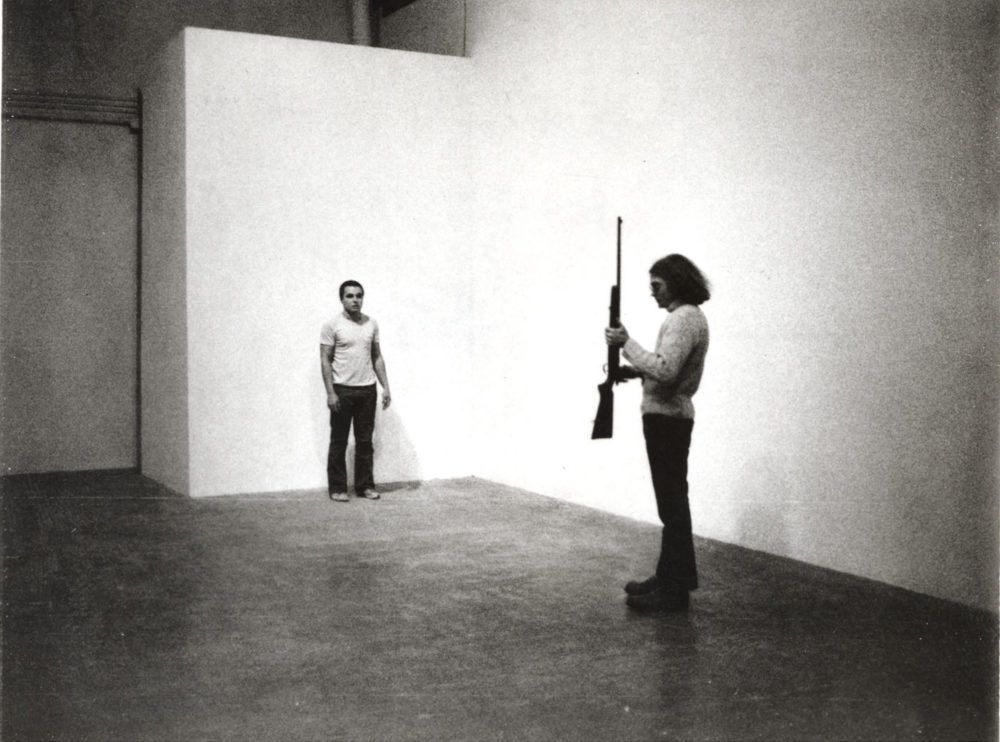 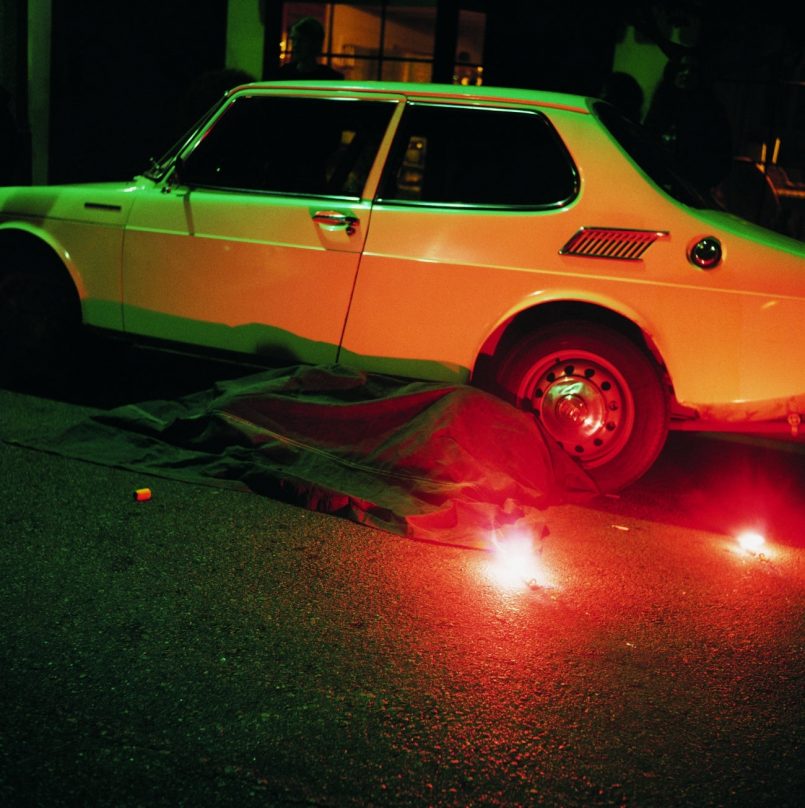 Tearing a page from the New Testament, Trans-fixed took place on April 23, 1974, inside a small garage on Speedway Avenue in Venice, CA. Burden stood on the rear bumper of a pale blue Volkswagen Beetle, leaned back, and outstretched his arms while his attorney hammered two nails through his open palms into the roof. The garage doors opened, and the VW was pushed halfway out with the engine in neutral. It ran screaming at full speed for two minutes before the engine was cut, at which point, the car was pushed back into the garage, and the doors closed. “To the spectators,” Burden said, it was “sort of like an apparition,” one that bore a striking resemblance to Christ’s crucifixion. So, if Jesus died for our sins, what was it that Burden was doing? 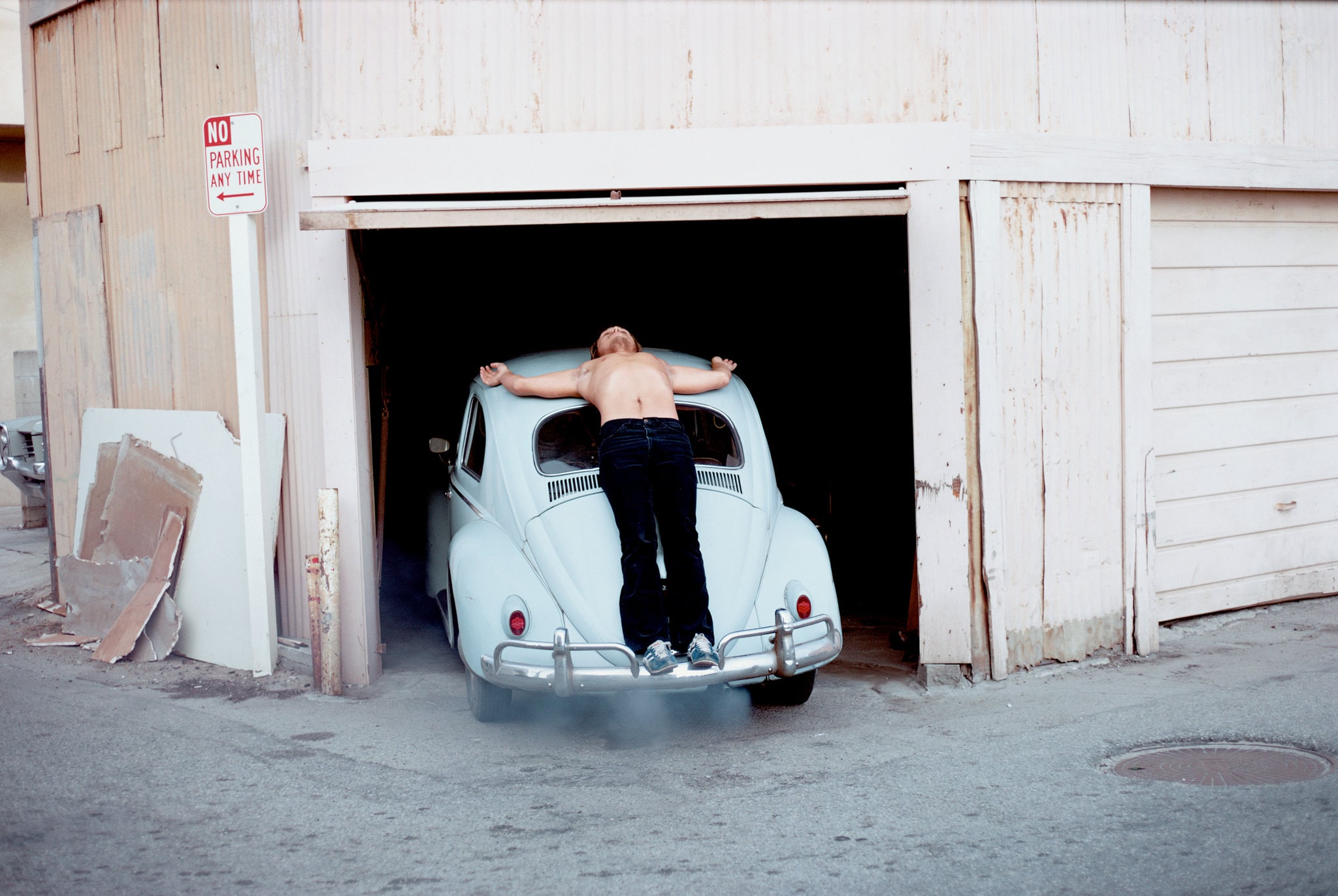 He insisted it wasn’t about death but instead employed fear and pain in his work to “energize the situation.” In the case of the endurance artist, it wasn’t the nails that got under his skin – it was the moments before when Burden didn’t know what to expect. The nails had a “fulfilling effect” that liberated not just him but everyone, as the Volkswagen Beetle was regarded as the “people’s car.” Contrary to speculation that it was an anti-car statement about the German-made vehicle, it was all love for the reliable, reasonably priced machine. Burden’s intentions in recreating the iconic imagery weren’t blasphemous; he was confronting a violent reality that people have been desensitized to, still happening in parts of the world today.

As Josh Baer put it: “In experiencing this type of pain and vulnerability firsthand, Burden is able to make it more familiar and, in turn, he demystifies the horror of such acts by making them knowable, both for himself and for the audience. As a result, the collective fears that society uses to keep people in order are exposed, and the idea that the human body is governed by law is rendered impotent.” 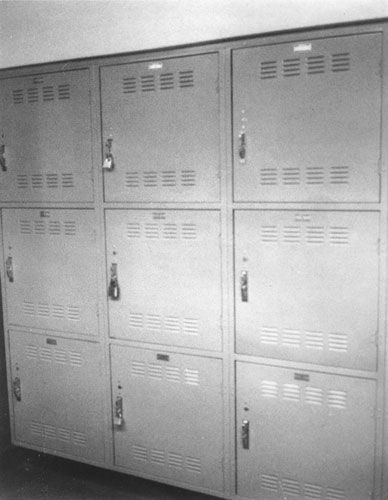 Trans-fixed wasn’t the only time Burden acted as a father figure. For part of his Master’s thesis at UCI, he spent five days curled up in a locker, and the performance quickly adopted a confessional quality that he described as being “like a box with ears and a voice.” People would visit at all hours to talk about their “Army experiences, things they’d done they were proud of or ashamed of.” Similarly, during his 1975 performance, Doomed, Burden lay underneath a sheet of glass leaning up against a wall at The Museum of Contemporary Art Chicago. According to one spectator, “He can hear us, and he doesn’t answer, but he can’t help listening…it’s like God.” Around the same time, Burden began transitioning out of performance art to pursue his interests in engineering and architecture by way of large-scale installations and sculpture. Even though there was a shift in mediums, the focus on violence remained, only it was charted by physical rather than social geography. 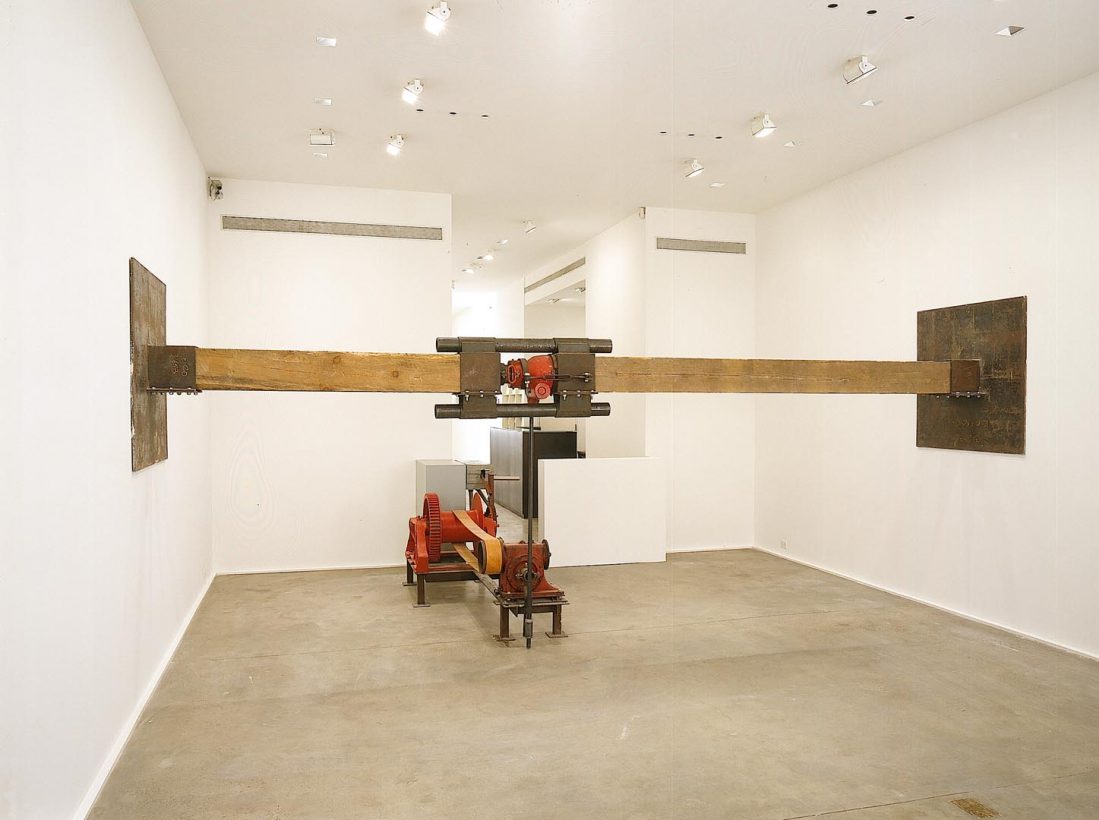 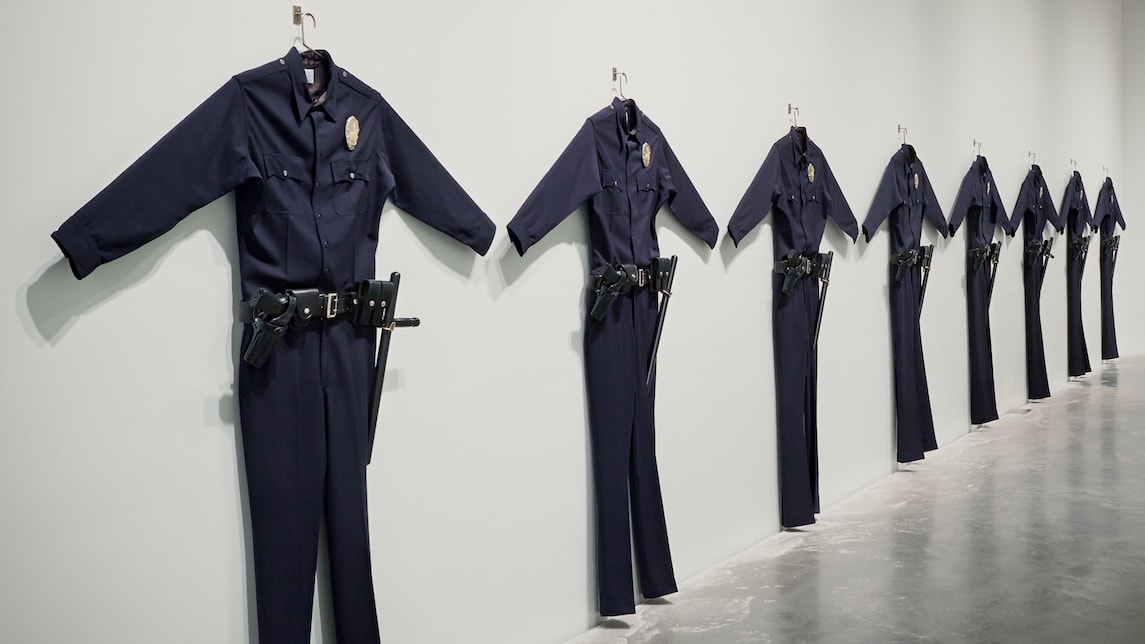 Art has the power to transfix the viewer, to stop them dead in their tracks with horror, wonder, or astonishment – something that Chris Burden accomplished simultaneously throughout his career. The title Trans-fixed implies that through art, society may be ‘fixed’ or saved. It emphasizes the movable state of art, which can be hard to pin down, uncomfortable, and disturbing. It’s all in good faith, though, even if it means getting shot in the arm, laying out on La Cienega Boulevard, crawling throug broken glass, or being crucified to the back of a Beetle.