Standing at 18 feet tall and weighing three tons, ‘The Proud Youth’ towers over passersby in Yaletown as part of the Vancouver Biennale. The public art festival normally spans two years, but its 2018-2020 edition, coincidentally entitled ‘re-IMAGE-n,’ has been extended for six months. March 2021 marks one year of the pandemic, and Chen Wenling’s bronze sculpture of a young boy doubled over in laughter couldn’t come at a better time.

Named after the popular Wuxia novel ‘Xiao Ao Jiang Hu,’ which in Chinese translates to ‘living a carefree life in a mundane world of strife,’ the piece represents Wenling’s infamous Red Memory series. ‘The Proud Youth’ harkens back to a simpler time, one that started in 1969 in Anxi County, Quanzhou, Fujian, China. Growing up, Wenling’s family couldn’t afford to buy toys, so instead, he made small figures out of the mud and used charcoal to draw on the white lime walls in his village. Everything he drew brought him comfort and joy, emanating a “beam of sunshine” that can only come from true happiness. 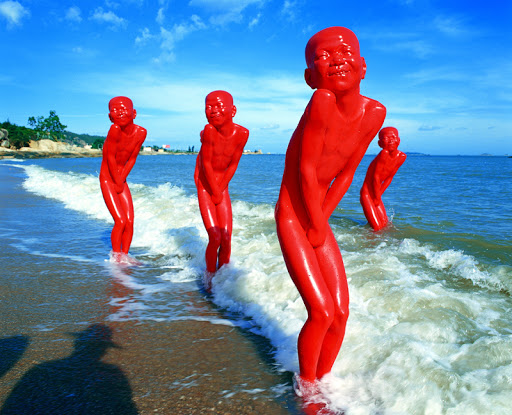 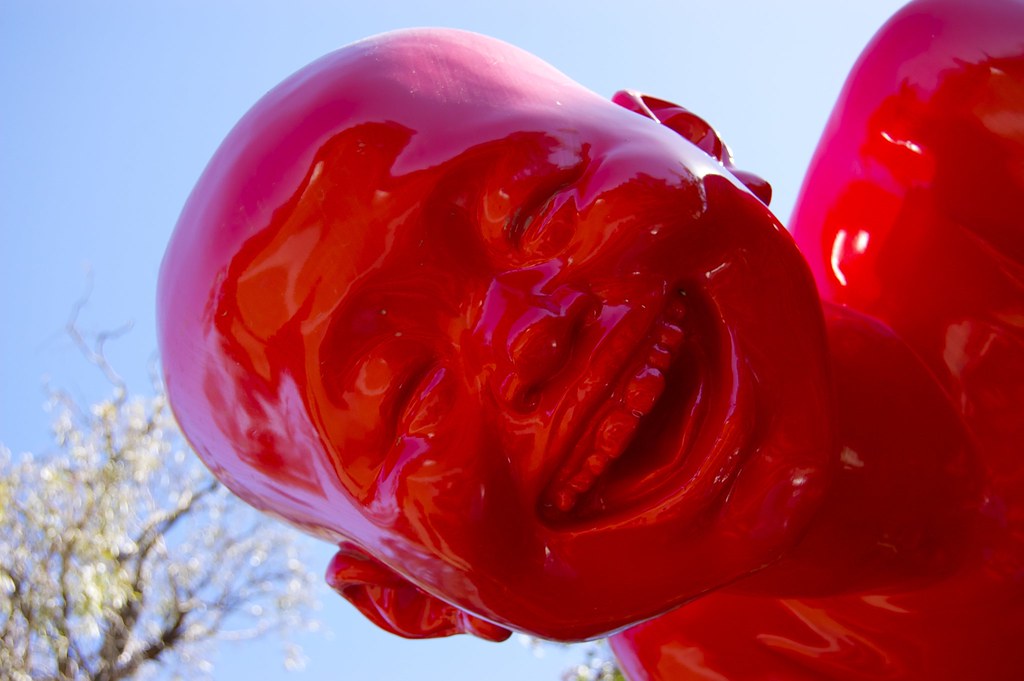 After earning his Masters from the Central Academy of Fine Arts, in Beijing, in 1993, Wenling started working as a professional artist. His early work reflects his formative years, which colour his memories red with a fiery, fearless attitude towards life. In China, the colour red normally has political undertones, but Wenling uses it to show ambiguity, allowing for many different interpretations.

Created retrospectively, Wenling’s red boys correspond to another very emotional time in his life. While living in Xiamen in 1996, he experienced the “ugly side of naked ambition and greed” first hand when he and his wife (then girlfriend) were robbed and brutally stabbed. Both of them survived the attack, but insomnia plagued Wenling in the years that followed. He grew tired and weak but aware: “I was chasing life, but I was confused as to where life was,” he says. On medical advice, Wenling was told to rest, and he took the opportunity to return home. Back in his village, he watched his nieces and nephews play without a care in the world. As nostalgia washed over him, he felt he had finally found life, and it was right there in front of him. 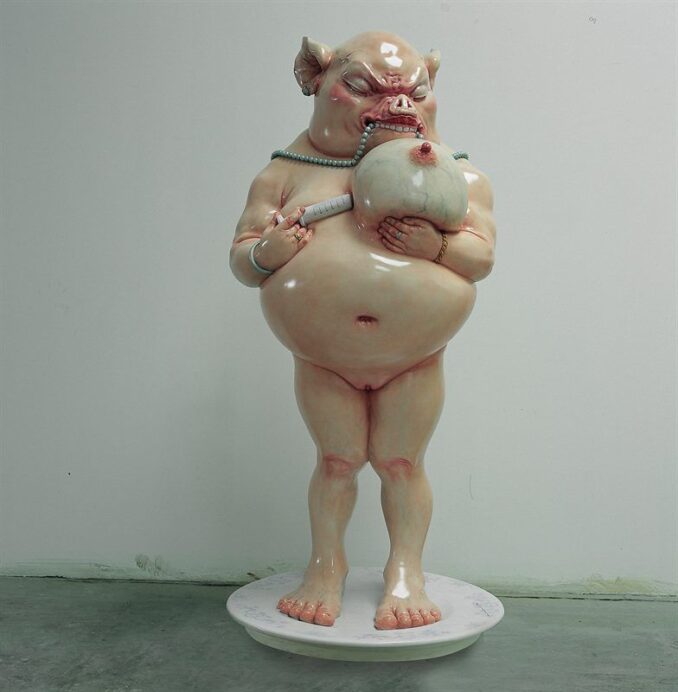 In recent years, Wenling’s sculptural practice has shifted to show the other, darker side of things. The innocent, proud youths have grown into “slaves who cry out in silent rage,” their now corrupt nature captured using personate pigs. In an interview with Derek Ezra Brown from GPS Radar, Wenling explains the significance of the pig in his work:

“Through the creation of the theme of the pig, I suggest that the development of modernity in China is still influenced by the United States, European centralism, materialism, consumerism and expansionism, bringing unprecedented prosperity to the material stuff…Competition in every area of the world today is very cruel, as well as a serious decline in modern spiritual beliefs – hedonism, pragmatism, utilitarianism and money worship constitutes the absolute belief in our lives.” 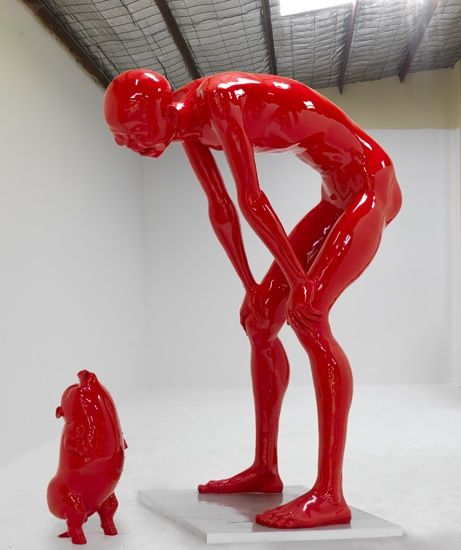 Wenling goes on to say that Red Memory is an intuitive answer to the confusion and questions posed by his drove of pigs. With a body of work that balances between material and spiritual, his art imitates a healthy life. At one end, the adult world forces us to care less about being carefree and at the other end stands ‘The Proud Youth’ to remind us of what it’s like to be a kid again.