Often the mistake that we make with art is attributing to it either a right or wrong meaning. For many artists, though, it’s not that straightforward; individual interpretation is what truly animates a piece. In David Altmejd’s case, the work is made to generate its own meaning, and in that process, it transmits different things to different people. My goal here is to try and understand the mind of each sculpture while acknowledging that its uniqueness is also a reflection of my own.

For the last 25 years, the Montreal-born LA-based sculptor David Altmejd has been exploring the body and mind from the inside out using an equally complex array of materials. From expandable foam to epoxy clay and quartz crystal to enviable manes, his constitution of physical reality exists as a portal to the immaterial world. 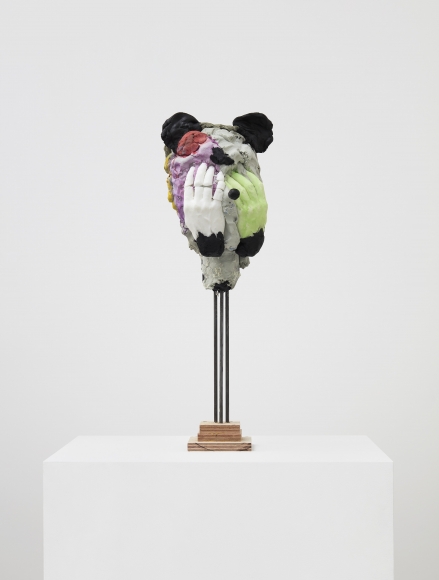 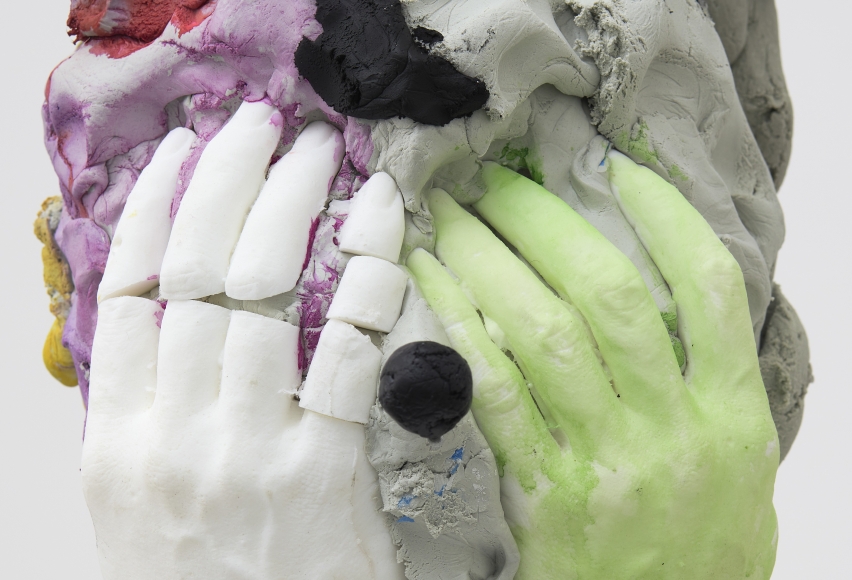 Altmejd’s latest exhibition, The Enlightenment of the Witch, continues this discourse with ten new sculptures on display at David Kordansky Gallery from May 15 through July 2, 2021. Drawing inspiration from “The Fool’s Journey” of the Major Arcana tarot cards, each piece represents a different stage and lesson in life. There, to help guide us through the transitions of what it means to be human, including the ever-present fear of the unknown, are the fairytale archetypes with which we share a dwelling. 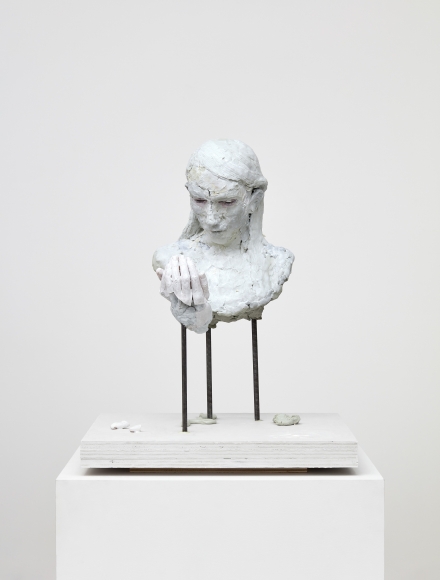 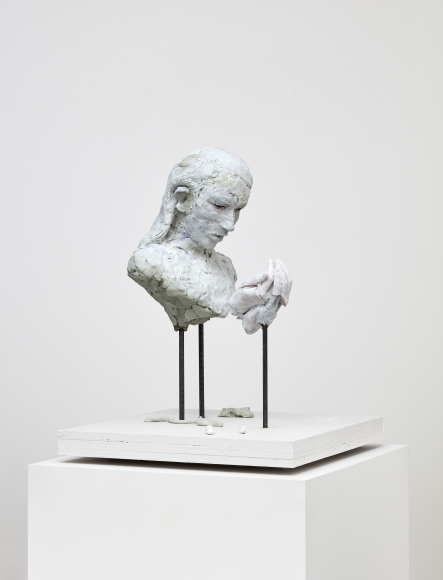 Opening the exhibition is a creature void of form, a work in progress busied with its own ‘bodybuilding’ — a term Altmejd uses to convey the sculpture’s autonomy. Matter refers to both the clay construction and the importance of digging deep inside yourself. The following bust, Ghost Realization, is the counterpart and pertains to the soul. While the body is impermanent, the soul is forever intact, which explains why she is the most put together and objectively beautiful of the bunch. 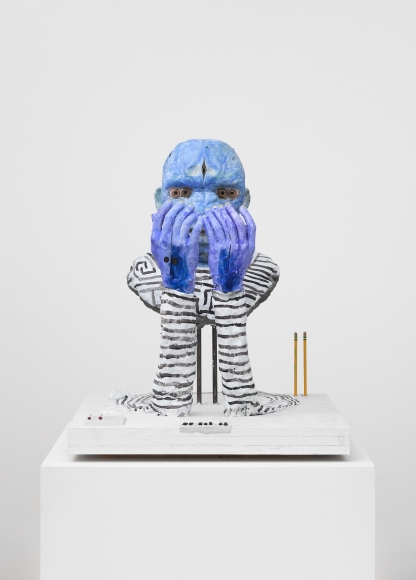 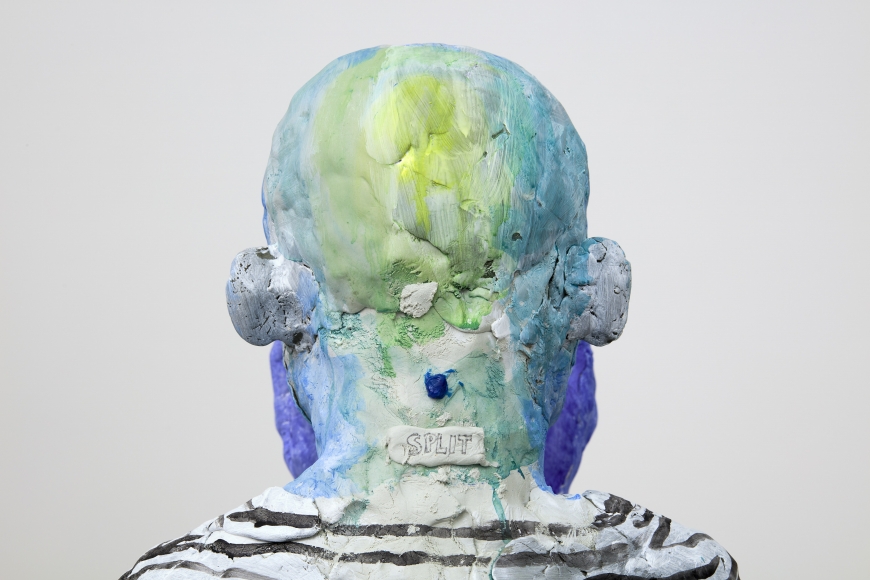 The Splitting Smurf is a general reference to the disorientation we feel surrounding our personality. More specifically, it could relate to the psychological defence mechanism of splitting: the inability to reconcile the positive and negative qualities in yourself and others to make a realistic whole. In this way, the black and white stripes indicate a pattern of black-and-white thinking. It is a classic symptom of Borderline Personality Disorder, not to be confused with Dissociative Identity Disorder (formerly known as Multiple or Split Personality Disorder), which occurs when someone has two or more distinct personalities. 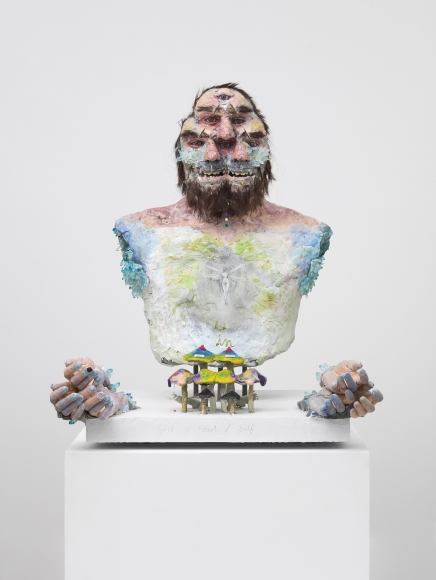 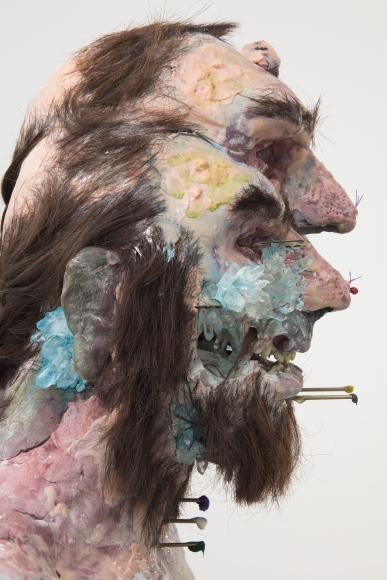 Moving on, we find The Troll (a close relative of The Vibrating Man) meditating in a lotus position to symbolize growth towards enlightenment. His head is triangulated as if looking through a kaleidoscope; these visuals, along with the mushroom garden, denote Altmejd’s fondness for the psychedelic experience. Coupled with meditation, it’s the ideal space for exploring the nature of mind and self. Meanwhile, quartz crystal orifices allow the energy to flow and the object to breathe. 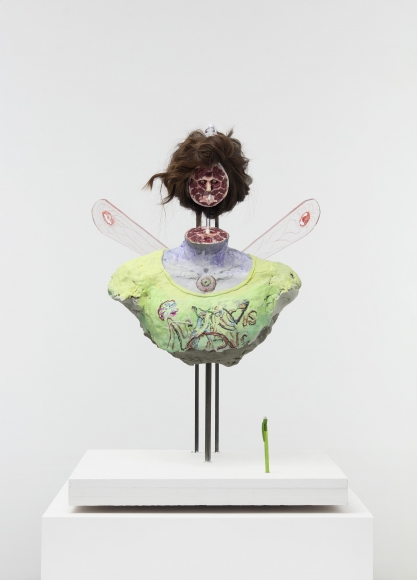 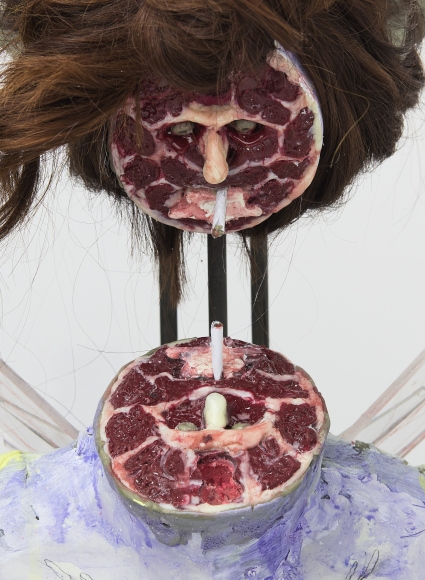 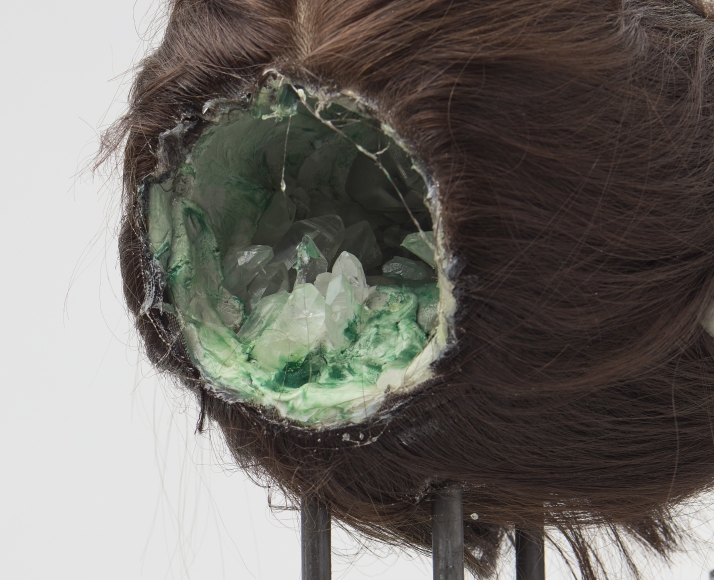 Altmejd describes Smoking with Oneself as a fairy who “went through some things only to take on a new identity: stoner chick best friend with herself.” Speaking as a stoner chick that’s best friends with herself, smoking weed is a kind of self-care that’s strengthened my ability to empathize with myself and others. This sculpture likely parallels The Hermit in “The Fool’s Journey,” who finds more profound truth by looking inward and trying to understand their feelings and motivations. Add a messy bun to the mix, and it’s me incarnated. 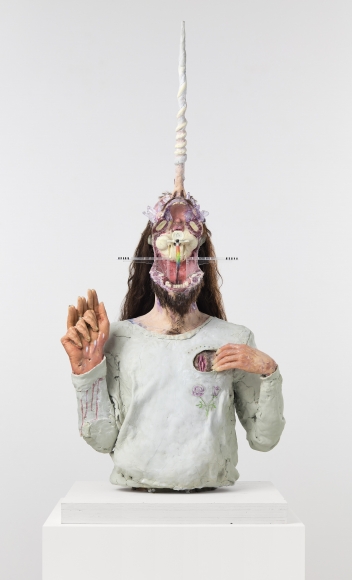 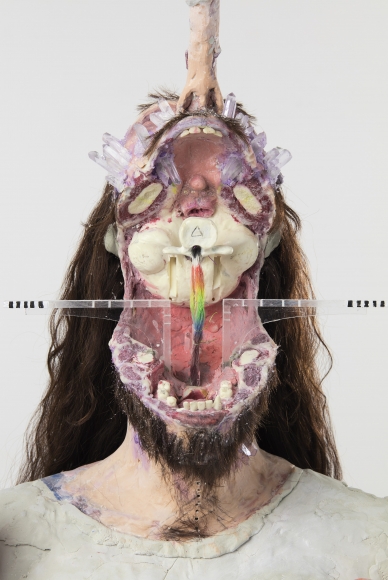 After staring at The Unicorn long enough, you’ll notice something eerily familiar — he resembles Jesus Christ. The hair, the hand of benediction, the ‘alicorn’ of salvation, and the adaptation of the sacred heart, make his presence known, save for a few other jaw-dropping details. In the past, Altmejd has spoken about his inspiration for the church itself:

“From above, the architecture of the cathedral is a cross, and that shape is defined by the shape of the body. So when you enter the church, you are entering the body, and I imagine the heart is at the centre of the building where all the lines meet.” 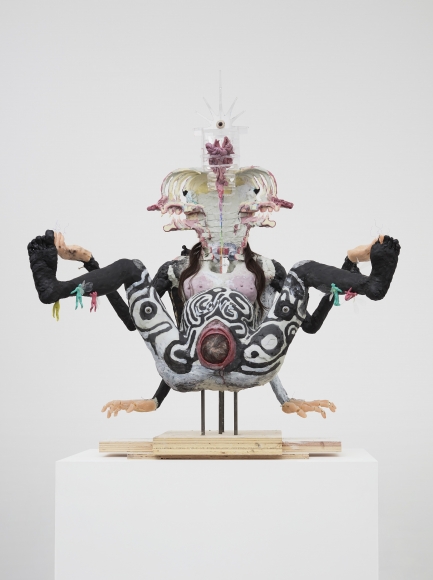 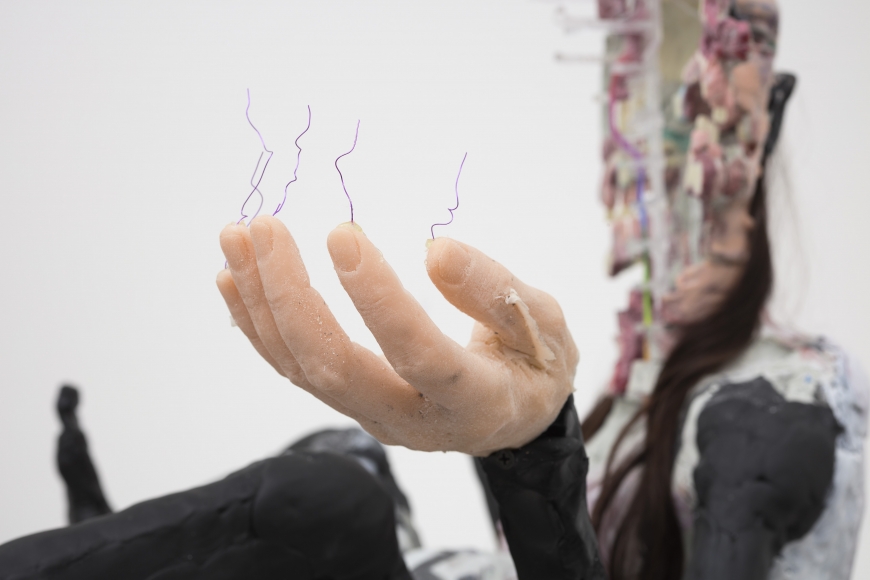 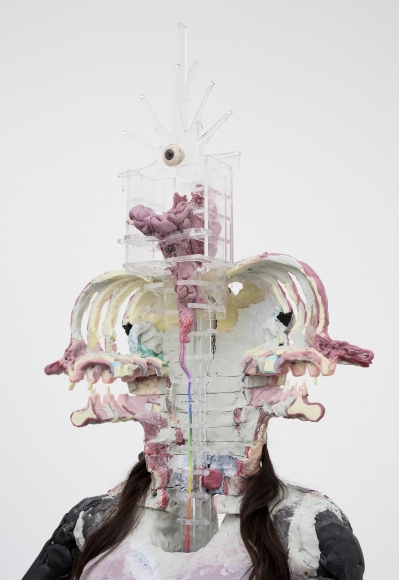 Finally, there’s the witch, filled with love and a crowning baby, as she “comes apart physically, psychologically, and spiritually.” Applied to her, the definition of enlightenment is unconventional and corresponds to birth. While Altmejd was working on this figure, he found a baby praying mantis standing on the tip of its nose. He was convinced that the universe was telling him something, and soon after, the witch revealed herself. It turns out that she enlightened him to the point where he could feel her psyche on display. Likened to the skin shedding of the praying mantis, she’s giving birth to a more evolved self. Along for the ride are dangling fairies — the architects of life.

In the end, the witch is made whole through an ensemble cast of creature characters that break down the evolution of consciousness. Together, with energy coursing through their wiry veins, they are very much “alive, independent, and ready to be shown.”