Sun Yuan and Peng Yu have earned themselves a reputation as controversial and thought-provoking collaborative artists. In the past, they’ve conceptualized perception, death, and the human condition using live animals, taxidermy, human fat, baby cadavers, and robotics. 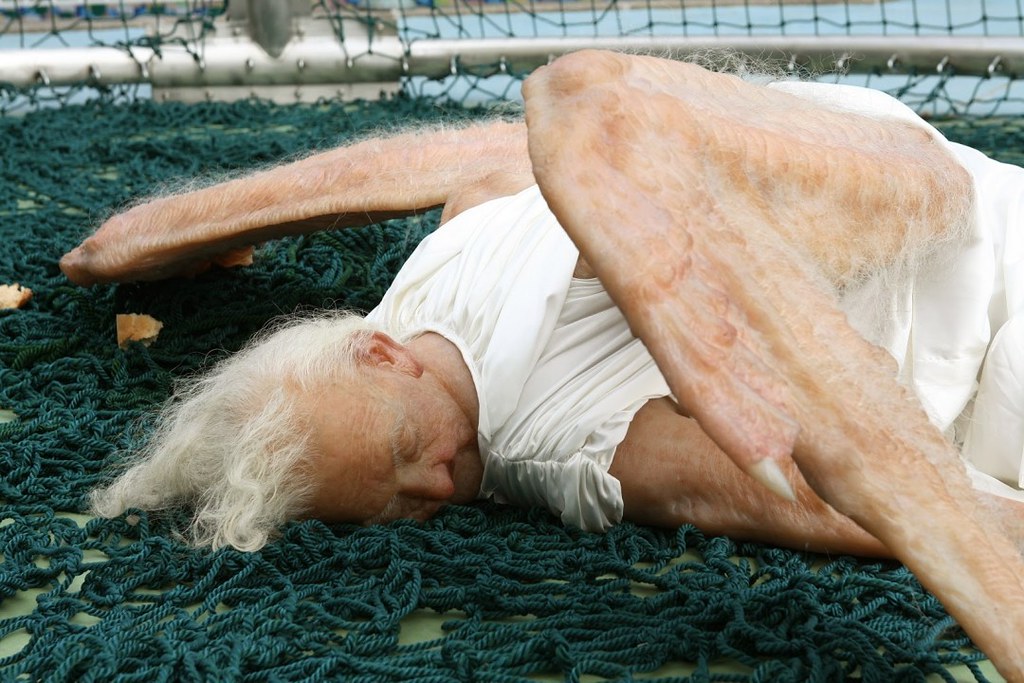 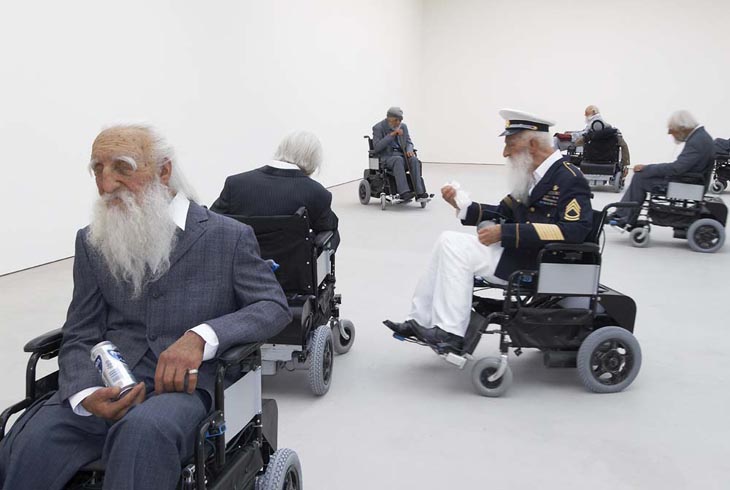 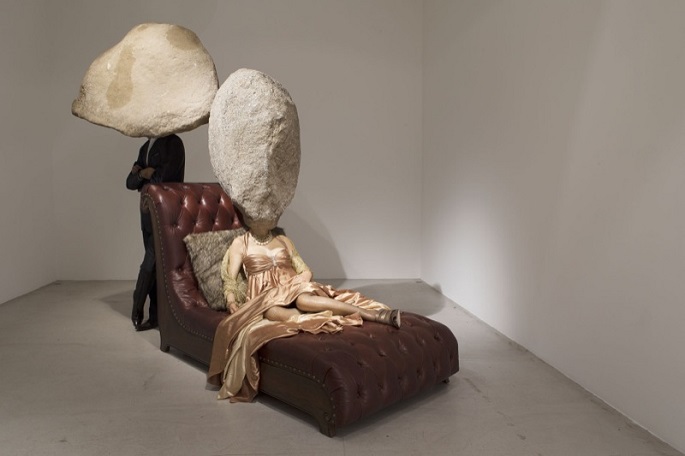 The pair’s installation ‘Can’t Help Myself’ was initially commissioned for the Guggenheim Museum in 2016 as part of their ‘Tales of Our Time’ exhibit. Three years later, the robotic art reappeared for the Venice Biennale 2019 in ‘May You Live in Interesting Times.’

Constructed of a Kuka industrial robot arm, ‘Can’t Help Myself’ is programmed to do one thing: contain a viscous, deep-red liquid within a fixed area. When the blood-like substance pools too much, this activates the robot’s sensors causing the arm to swivel, flex, and shovel the liquid back to the center, leaving splashes and streaks in its wake.

With the help of two robotics engineers, Yuan and Yu brought the machine to life with a series of 32 movements that included  “scratch an itch,” “bow and shake,” and “ass shake.” To further animate the machine, it is cordoned off from the rest of the gallery using transparent acrylic partitions that give the illusion of a caged animal in distress. The display turns viewers into voyeurs or empaths or both.

One theory sees the liquid’s inability to stay confined as “art’s essential elusiveness.” Another more comprehensive explanation, which the artists endorsed, addresses the angst-ridden dynamic between man and machine. In trying to answer how robotics can take the place of the artist and extend or replicate their will, Sun Yuan believes, “Even if machines develop a new calculating capacity that exceeds their original settings, those calculations will still be based on the logic programmed by humans.” He goes on to say, “An artist’s work is a reflection of his or her will. The artist doesn’t need to be present on-site, physically. Instead, you rely on an agent to carry out your will.” But who is actually in the position of power here: the machine or the person who built it? Perhaps the relationship is reciprocal as robotics artist Bill Vorn suggests, “they both take advantage of each other and progress with each other.”

Then there is the Sisyphean hypothesis related to migration and sovereignty, especially under an authoritarian government rule. More specifically, the robot’s ‘blood’ shed is likened to the violence that comes from guarding border zones. Remember, the artwork is sanctioned off, and the liquid itself is unable to stray.

Finally, for reference, let’s look at the German artist Rebecca Horn, known for enlivening inanimate objects with human behaviours. Her 1991 installation, High Moon (pictured below), illustrates the destructive violence of passion or war using two hanging rifles rigged to mechanically shoot red paint at each other. This later served as inspiration for Alexander McQueen’s SS99 show, No.13, which saw Shalom Harlow at the mercy of two industrial robotic arms spray painting her dress. Both cases can also be read as a commentary on the artist’s hand replaced by automata, very similar to Sun Yuan and Peng Yu’s intent behind ‘Can’t Help Myself.’ 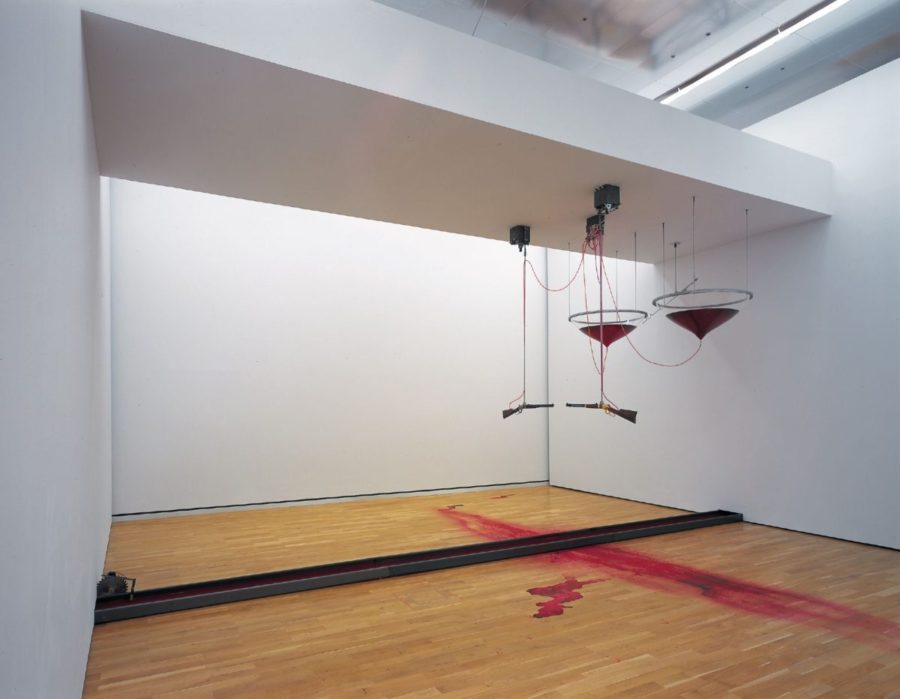 As our dependence on technology grows, so do the feelings of “pleasure and panic” surrounding it. While it has brought so much information and innovation, it’s scary to know that it can’t be stopped. ‘Can’t Help Myself’ taps into this fear and heightens it through human mimicry. On another level, it connects us to the idea that we can work in tandem with technology instead of being taken over by it.