Performance art is conceptually based, characterized by time, space, body, presence of the artist, and their relationship with the audience.

Endurance art is a type of performance art that tests physical limits through pain, exhaustion, deprivation or solitude while exploring the strength of the mind.

This art form emerged in the early 1970s as a response to the political climate, specifically the atrocities committed by the United States during the Vietnam War.

Born on November 30, 1946, in Belgrade, Serbia (then Yugoslavia), Marina Abravomić is considered the ‘Godmother of Performance Art.’ For the first six years of her life, she was raised by her devout Serbian Orthodox grandparents, which was in stark contrast to living with her parents, both high-ranking officials in the communist government. Despite her mother’s “complete military-style control” over the home, Abramović was encouraged to express herself creatively through drawing and painting. She describes her childhood as being about “sacrifice, whether to religion or communism,” and it’s that tension that informed her work. 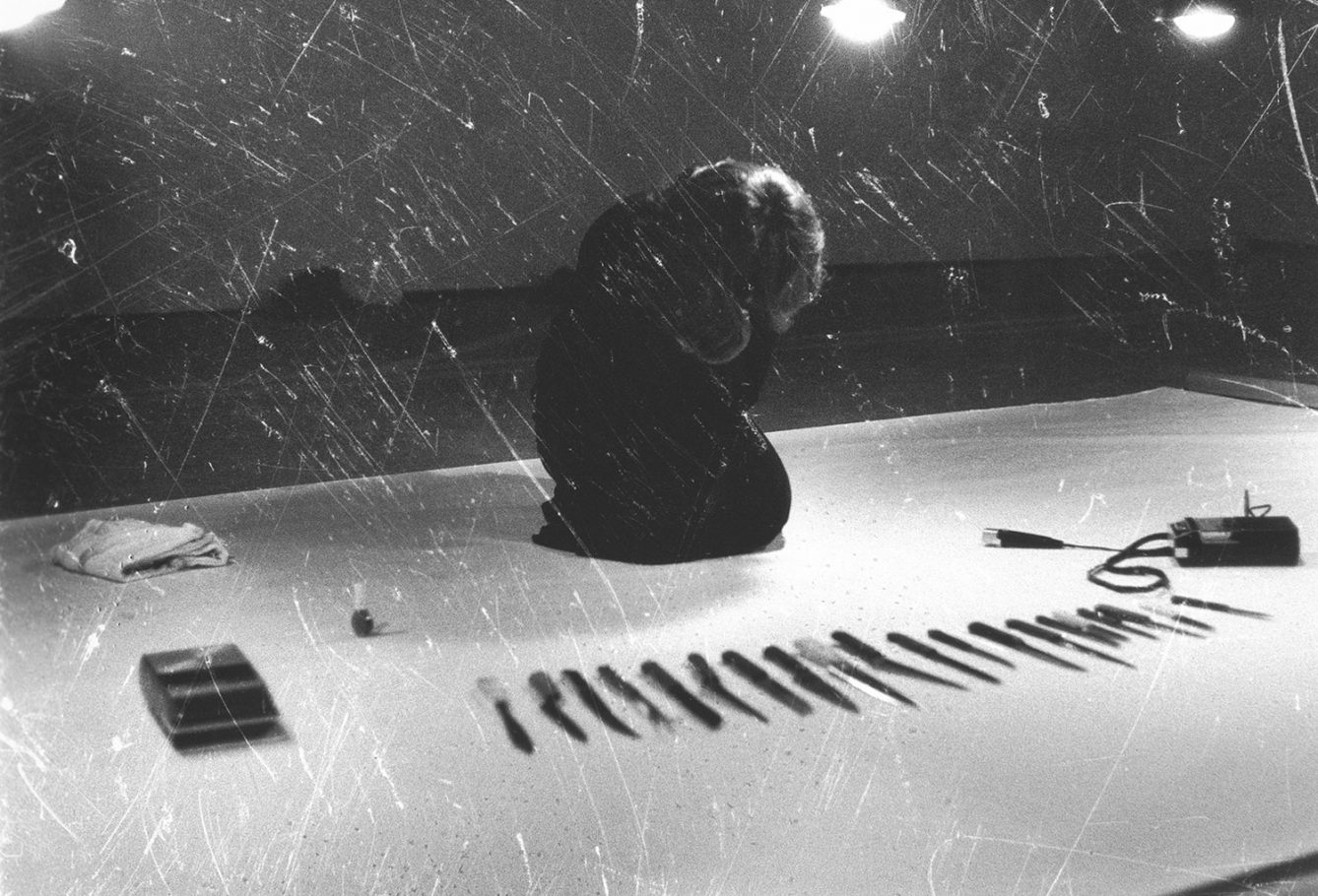 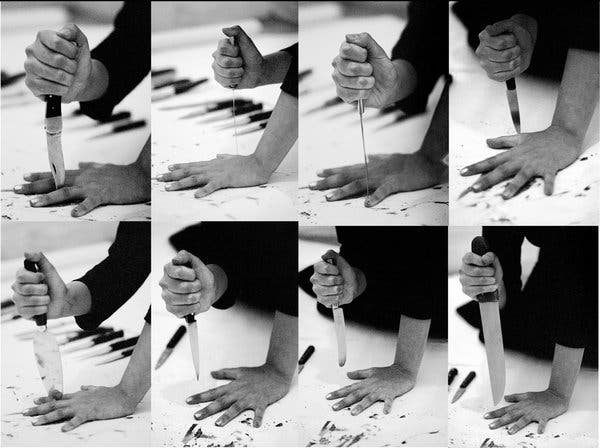 In the first installment, Rhythm 10, Abramović played her version of the knife game, involving a set of twenty knives and two tape recorders. After cutting herself twenty times, once with each knife, she listened to the tape recording to repeat the same movements, synchronizing past and present mistakes. 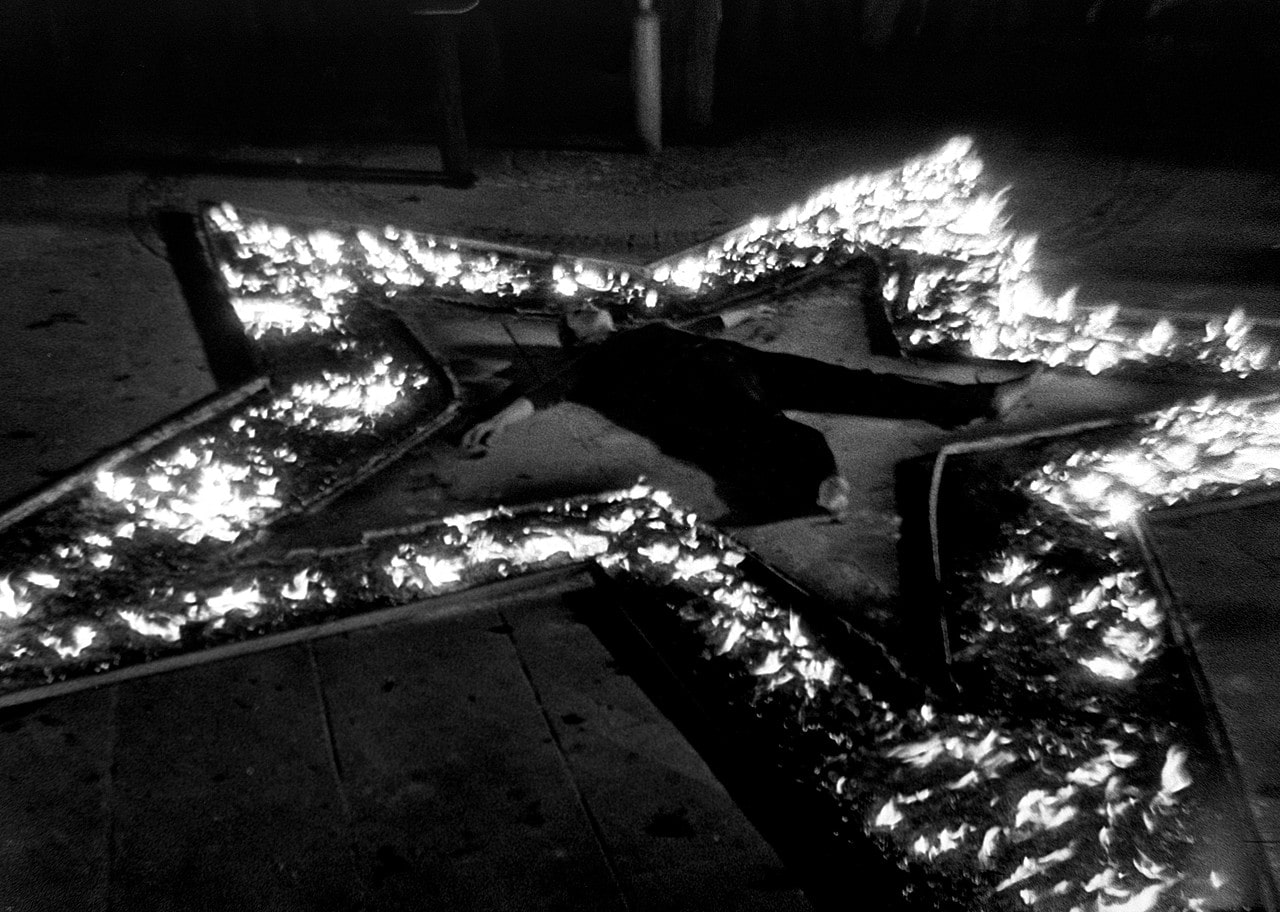 In Rhythm 5, Abramović set a large gasoline-soaked Red Star on fire and proceeded to walk around it while cutting her nails, toenails, and hair. As she primped, she fed the flames with her clippings. In her final act of ‘purification,’ she laid down in that star’s center until she passed out from smoke inhalation, prompting two spectators to pull her out. 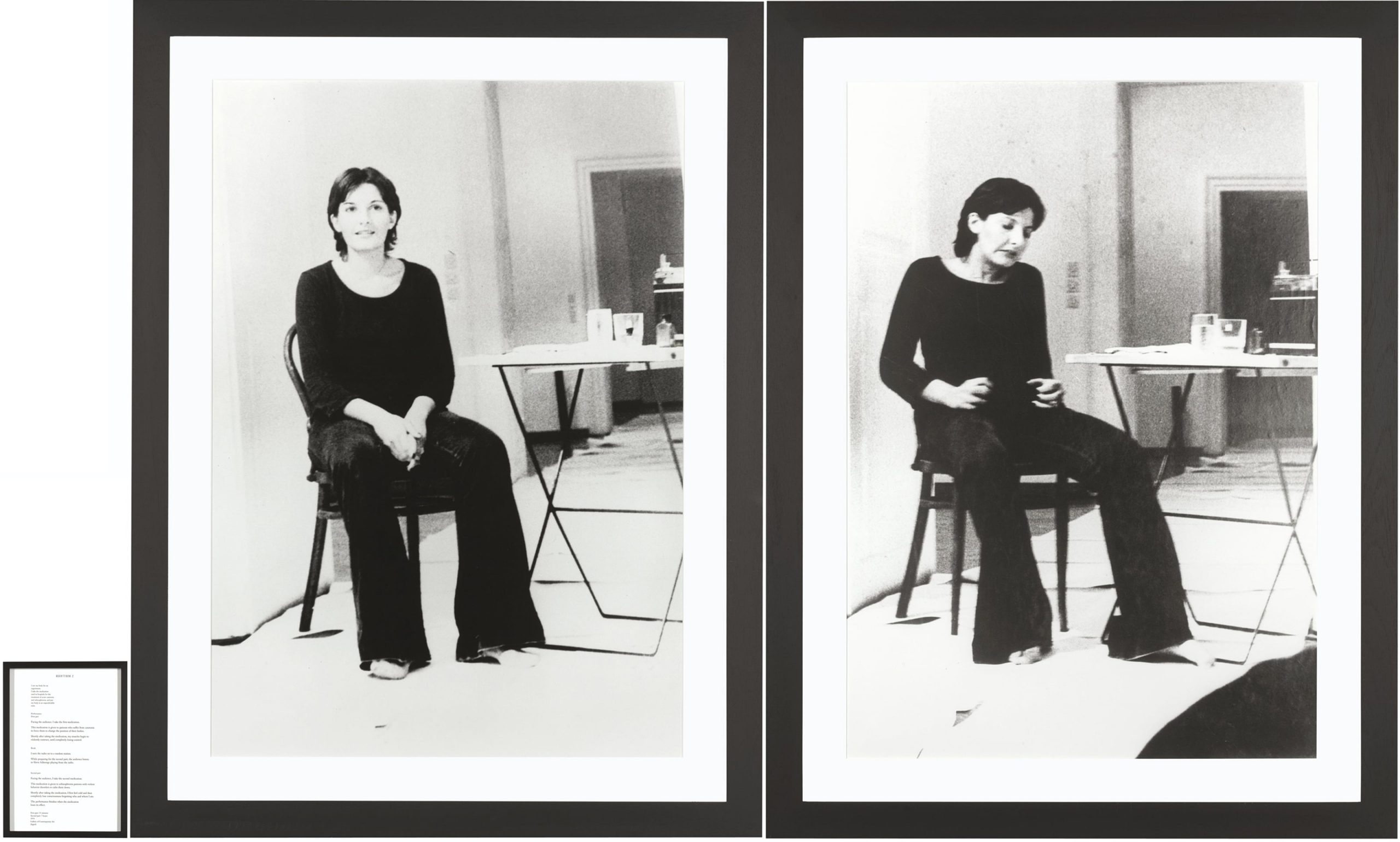 Abromovic’s following performance, Rhythm 2, was designed to combat intervention through a planned loss of control. In part one, she took a medication given to catatonic patients, causing violent muscle contractions until she lost complete control over her body. After one hour, she took a second medication given to schizophrenic patients to calm them down, which caused her to lose consciousness, forgetting who and where she was. 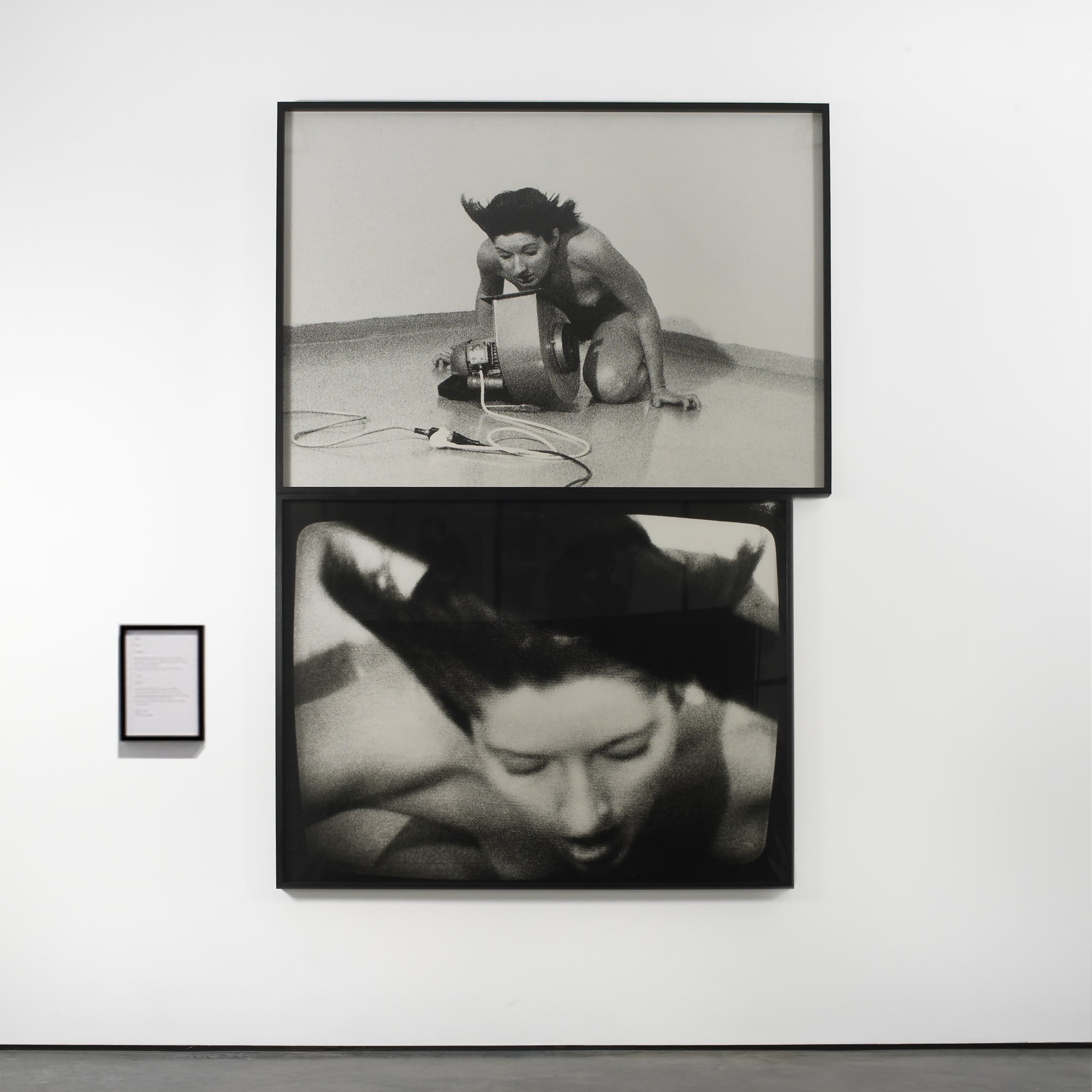 Rhythm 4 saw Abramović naked in a room with a high-powered industrial fan. As she crawled towards it, she breathed in as much air as possible, and the amount of pressure knocked her unconscious. The cameraman filming focused only on her face so that the audience watching next door would not know to intervene. 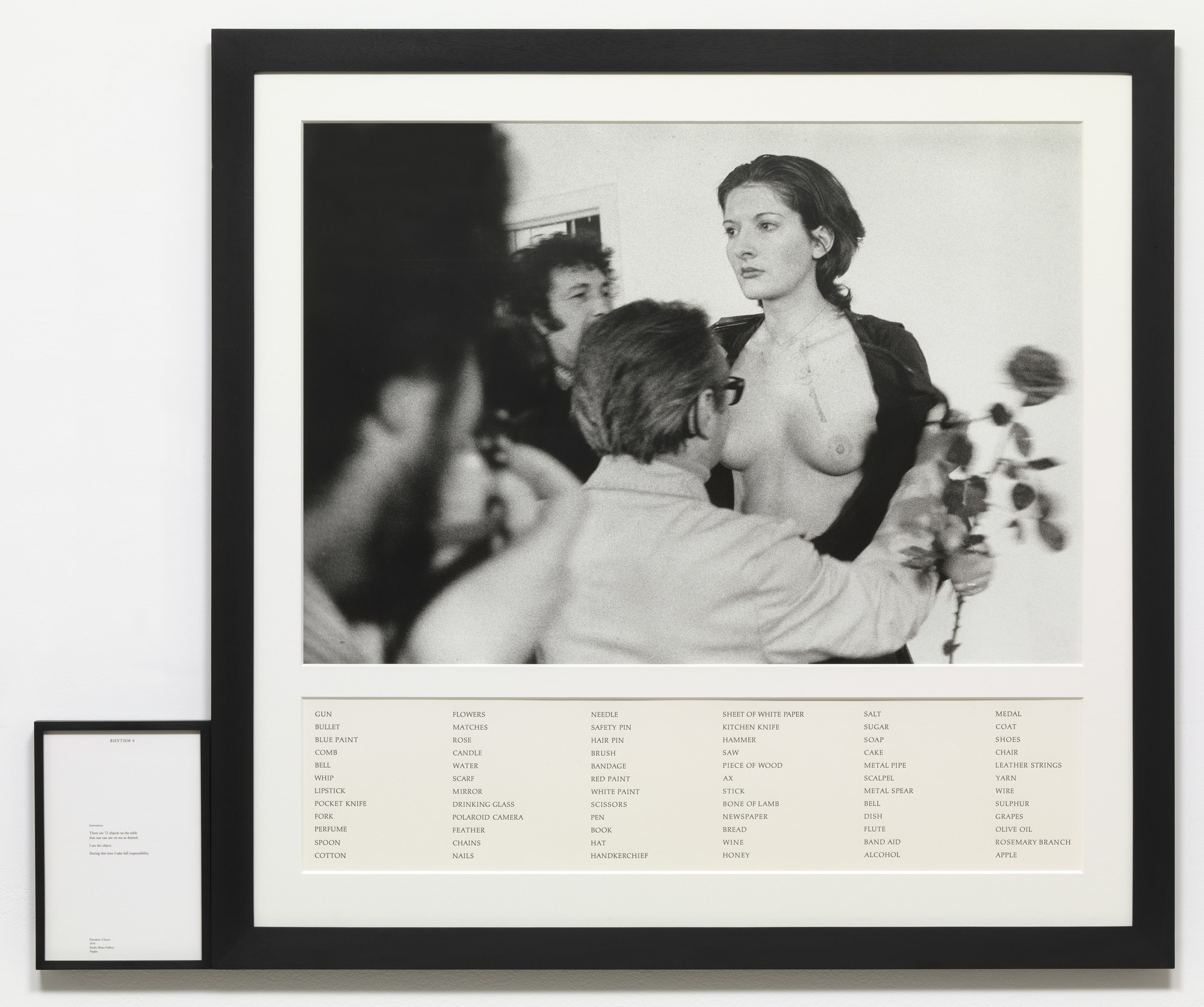 For Rhythm 0, Abramović occupied a passive role and assigned the public as the force that would act on her. The instructions were simple: “There are 72 objects on the table that one can use on me as desired…I am the object. During this period, I take full responsibility.” Above is the list of objects at the public’s disposal, some intended to give pleasure and others pain. 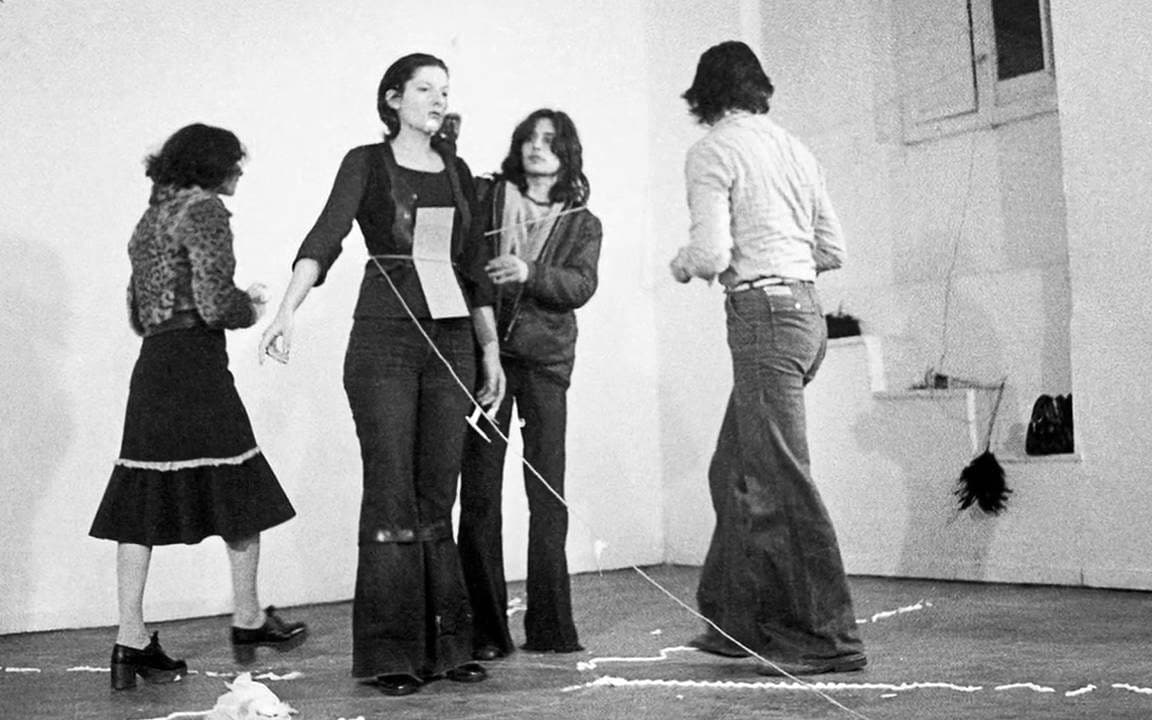 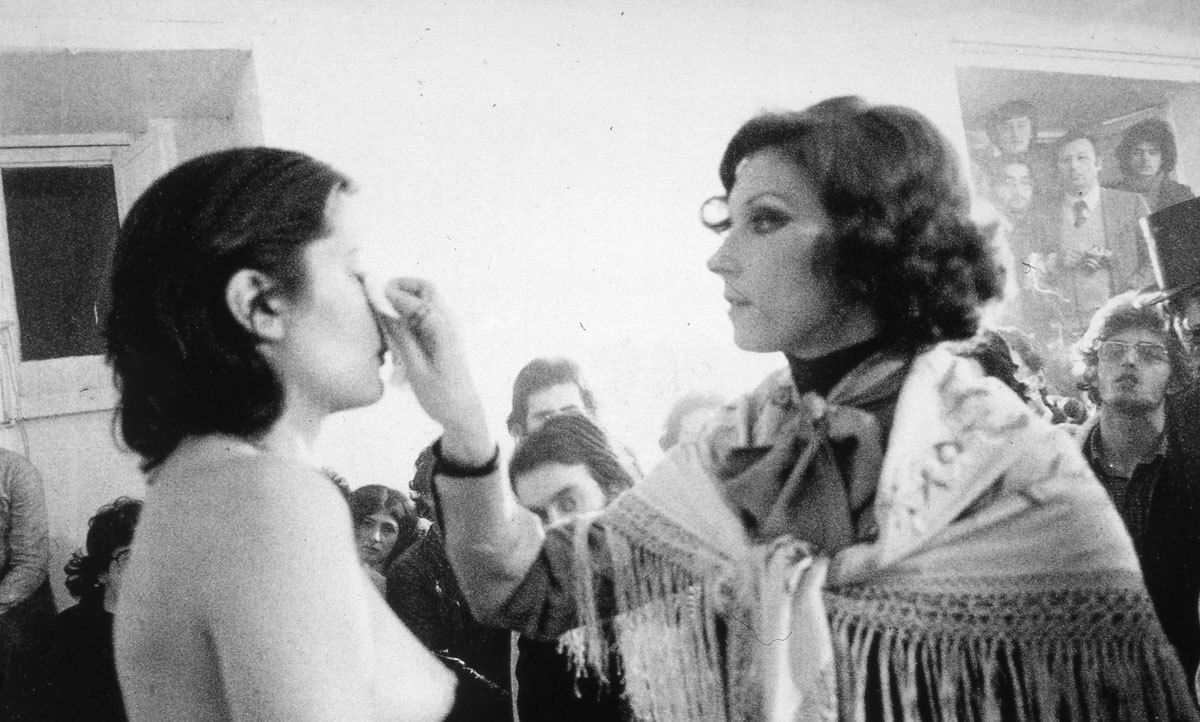 The performance began calmly and was somewhat playful; Abramović was repositioned, written on with lipstick, and given a cigarette. As time passed, the audience grew predatory, cutting off her blouse, wrapping her in chains, and even slashing her neck to drink the blood. Abramović also sustained several cuts from rose thorns, bruises from being slapped and punched, and various minor sexual assaults. For the finale, the aggressors placed a loaded pistol in her hand and maneuvered her finger around the trigger. The protective group stepped in, and a fight broke out between the two factions. After six hours, the performance was over, and Abramović stood up and walked towards the crowd, who dispersed in fear. 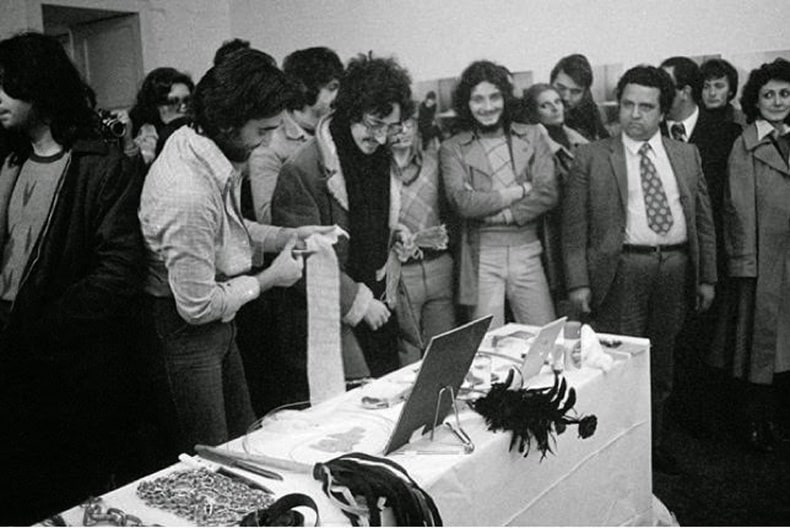 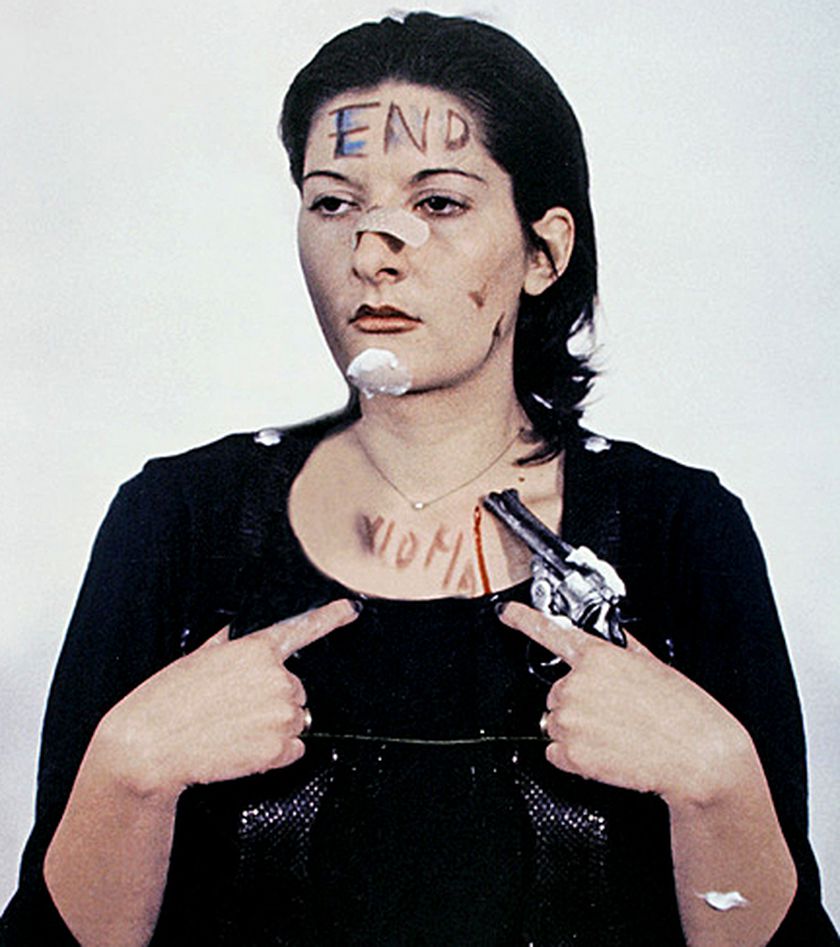 Rhythm 0 is more than a performance art piece; it’s a social experiment to see how far human subjects will go when their actions have no consequences. Relinquishing control over her body to the participants, Abramović tested their limits of what would be considered acceptable. By reversing the roles, she was able to bring out the dark side of humanity and learned that, if left up to the audience, they can kill you. In fact, Abramović was so committed to proving this that she wouldn’t have resisted rape or murder.

Fast forward to March 14, 2010, when the MoMA held a retrospective of Abramović’s work entitled The Artist is Present. During the two-and-a-half-month-long exhibition, Abramović performed a new, original piece in the museum’s atrium. The instructions were simple: “Sit silently with the artist for a duration of your choosing.” 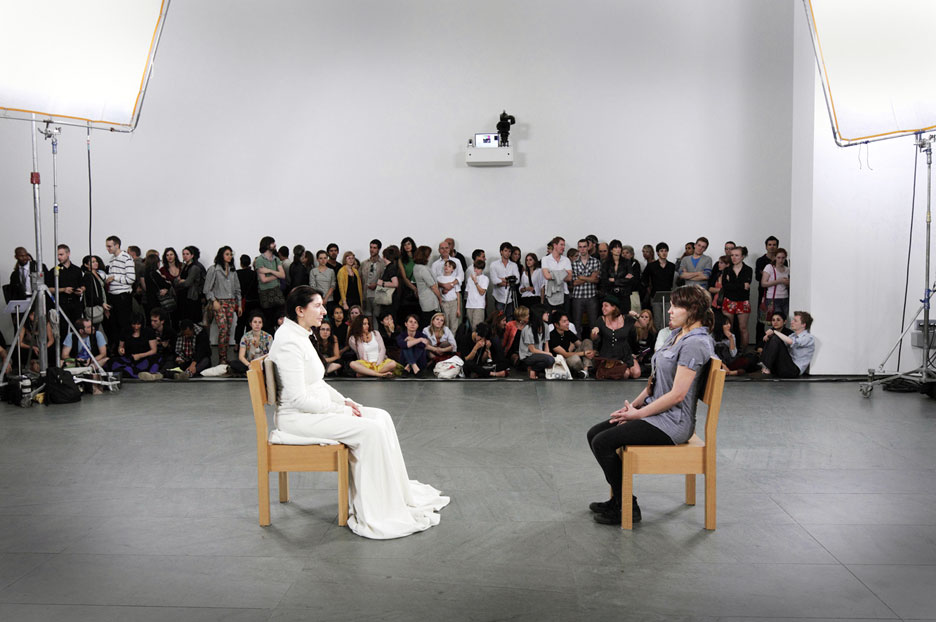 In her longest solo performance to date, Abramović sat across from 1,545 visitors over 736.5 hours. For six days a week, seven hours a day (ten on Fridays), she sat motionless and silent without food, water, or breaks. The exercise was about being fully present, focusing on connecting with every sitter, exploring the here and now of self and others. Even though no one was allowed to speak, they didn’t have to. “I gazed into the eyes of many people who were carrying such pain inside that I could immediately see it and feel it…I become a mirror for them of their own emotions,” said Abramović.

The length of the performance relative to the simple interaction is a large part of what generated meaning. Time stretched, and with nowhere to run except into yourself, many sitters were moved to tears. The only time Abromović broke her rules was when her former partner, Ulay, surprised her on opening night. They hadn’t seen each other in twenty-two years. 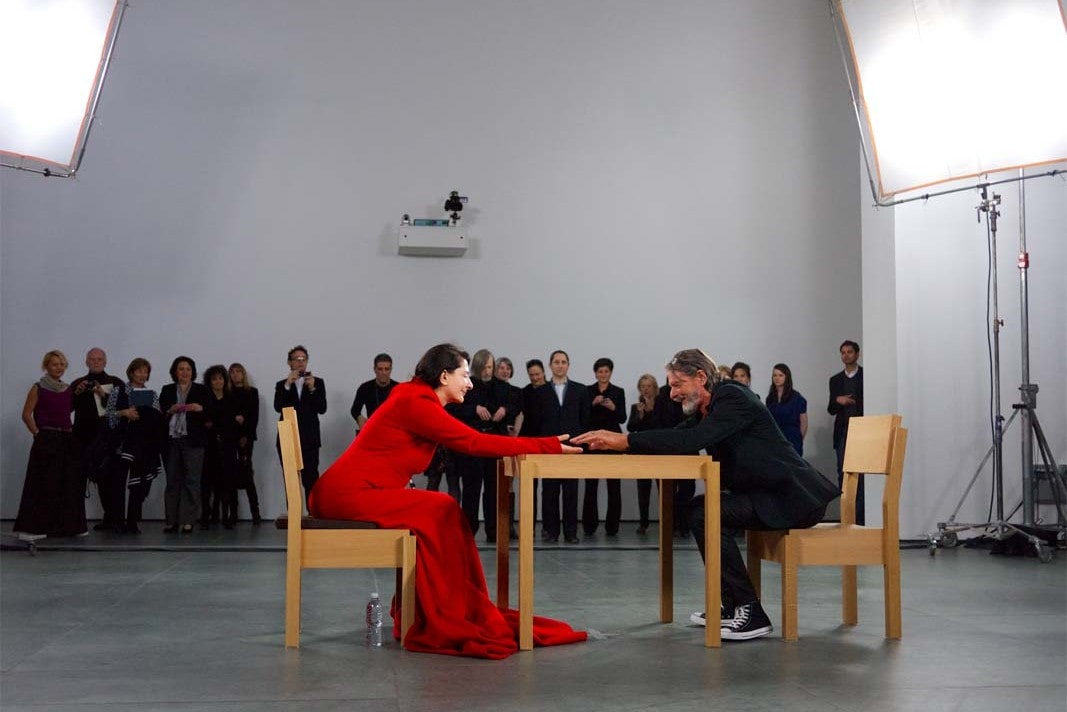 Rhythm 0 and The Artist is Present were life-changing experiences for both parties, marked by the artist’s passive role, the transcendence brought on by physical pain, the audience’s necessity to generate meaning, and the mirror held up to society. Even so, they represent two extremes: “My whole idea at MoMA was to give out unconditional love to every stranger, which I did. And the other one [in Belgrade] was a challenge to every bad energy possible,” Abramović explains. In Rhythm 0, she was ready to die, but in The Artist Is Present, she was living fully.

Normally, when we think of art, it’s bound to something tangible like a 3D printed gown, a clay sculpture or an oil painting, but what about the art that we can’t put our finger on? What does it look like? What does it feel like? The answer is simple — art is a matter of life and death.