Masterful at sugarcoating the truth, Mark Ryden creates with the same sense of wonder as a child so that each time you visit one of his paintings, you catch something new.  The confusion, shock, horror, intrigue and maybe even resonance you feel when looking at “The Butcher Bunny” (above) are far more important than the intellectual interpretations that abound. As possibilities are endless, this is only a beginner’s guide to understanding some of the hidden meanings in Mark Ryden’s work.

Waify, bobble-headed girls with Keanian-like eyes invite the viewer into the picture. These girls appear innocent, even emotionless, but they know something. Their blank stares give nothing away, but they aren’t entirely in the dark either. Skilled in embracing oddity with open arms, they are the overseer of situations, the keeper of secrets and the calm of the storm. Perhaps it’s Ryden’s depiction of the male gaze as a commentary on women’s hypersexualization in the media, but they’ll never tell. 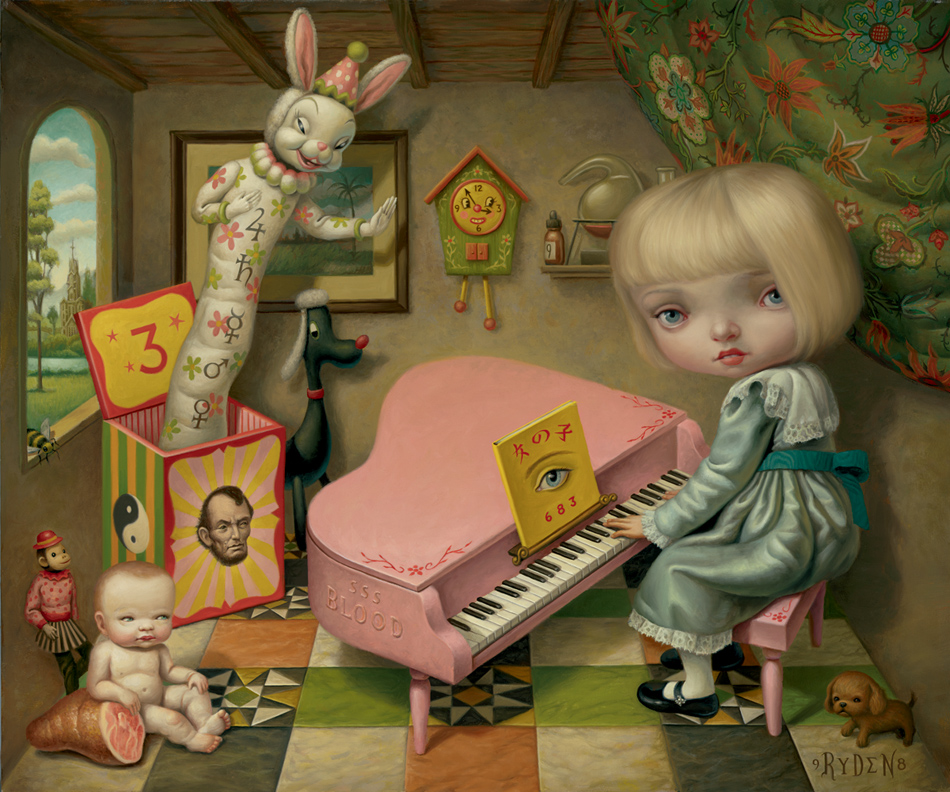 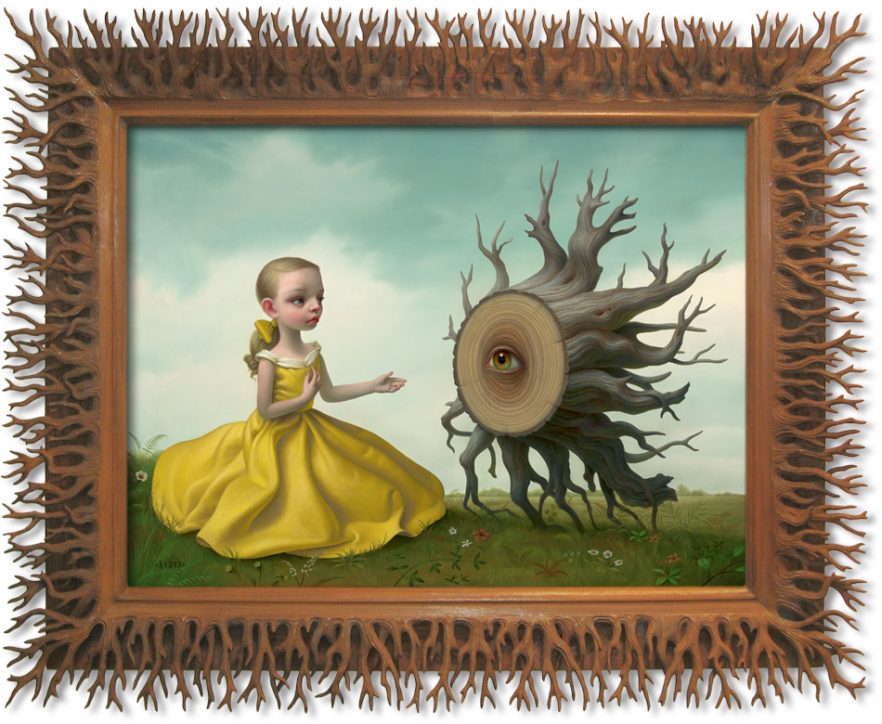 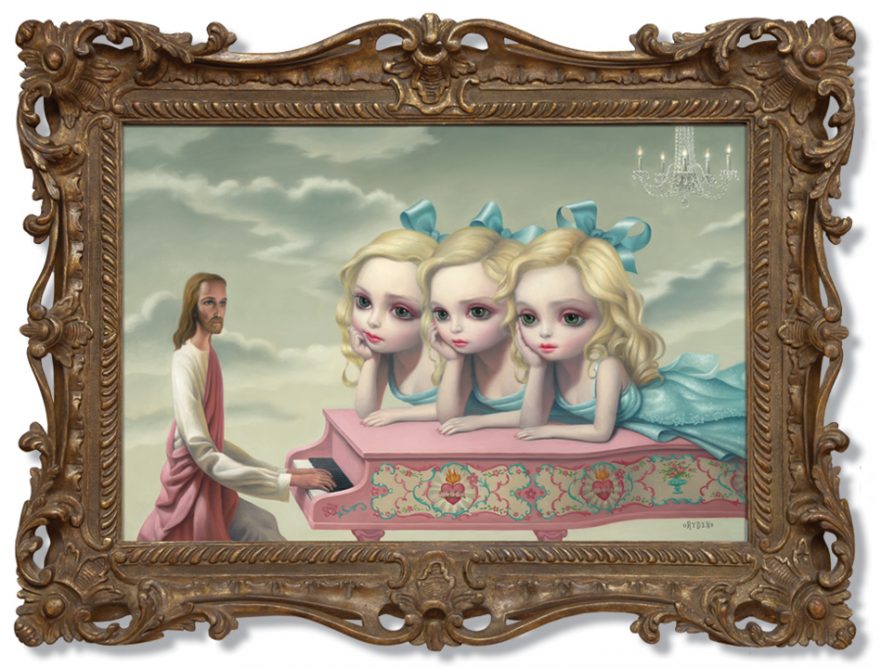 Encounters with religious icons are expected, with the most notable appearances made by Jesus and the Buddha. They’re there to judge the spectacle but largely remain immobile, frozen with fear. As any good practitioner of the carnivalesque, Ryden is a fan of using billingsgate or profane language in his work. Because of this, his religious references could be a toss-up between being truthful or blasphemous or both. Creating uncertainty about the power of religion. Check. 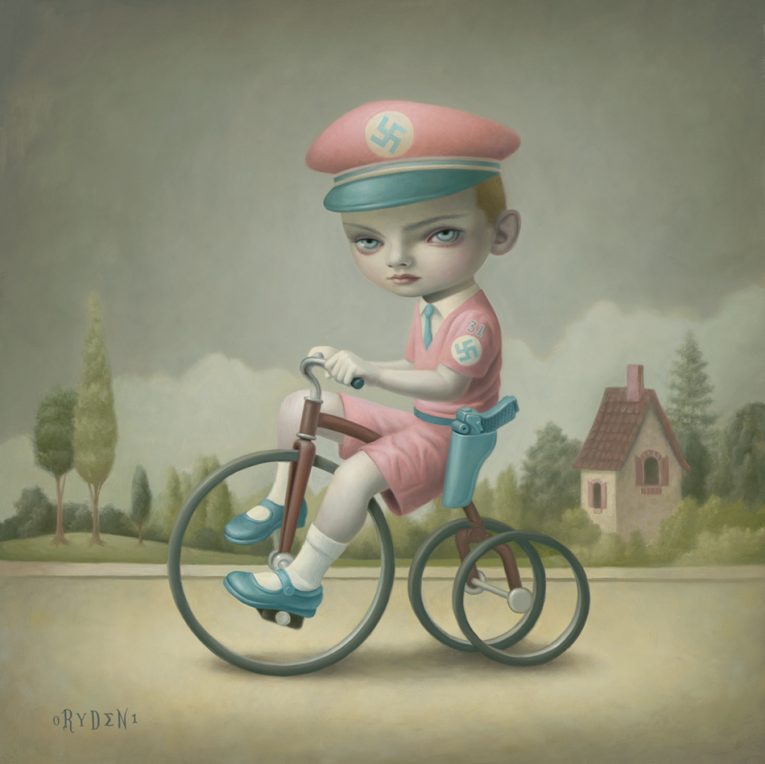 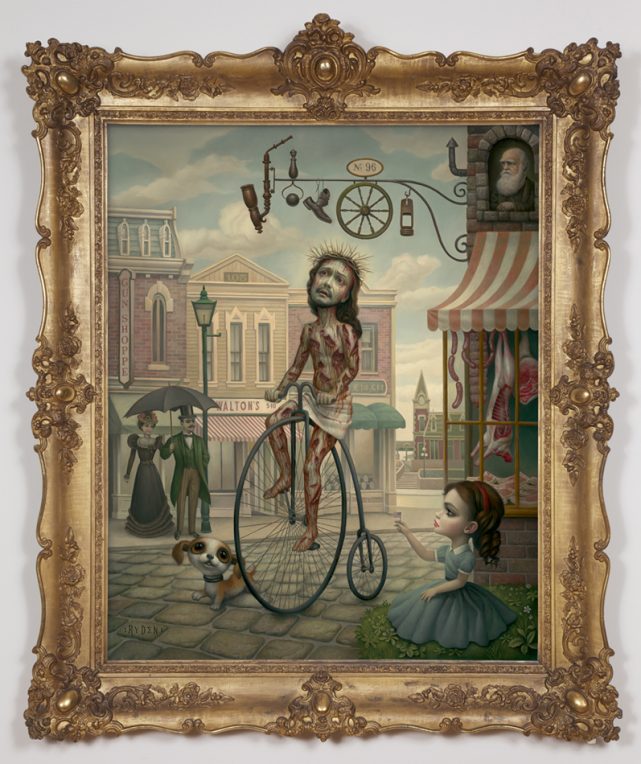 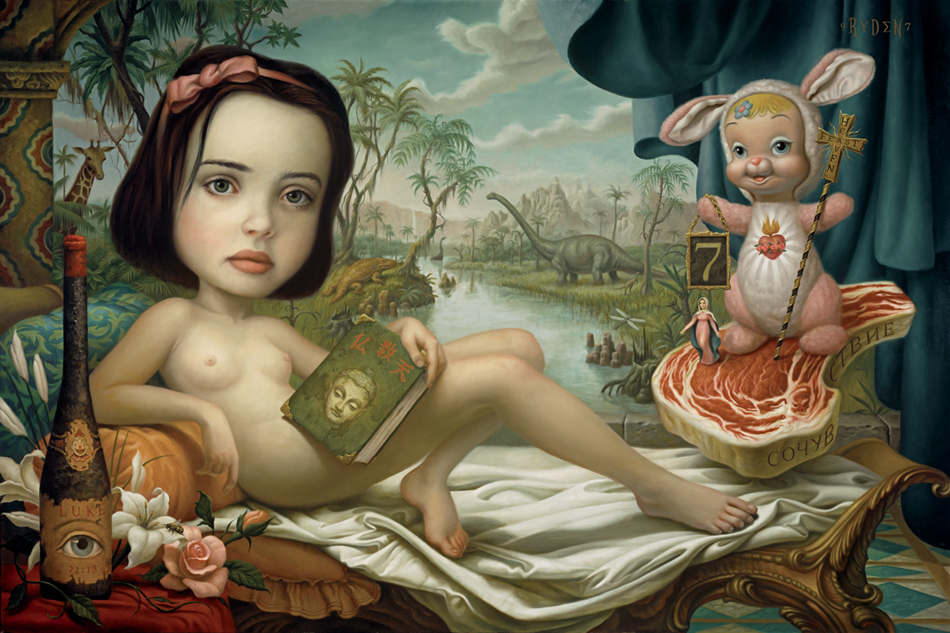 Abraham Lincoln was the 16th President of the United States; he also happens to be a mainstay in Mark Ryden’s work. After his assassination in 1865, Lincoln became deified for saving the American Union and abolishing slavery. His status as an icon interests the artist most, and he was the first President to be photographed. Ryden uses always-stoic-Abe to represent liberty and human rights. By placing this ‘voice of reason’ among absurdist situations, he’s calling into question our notions of patriotism and hinting that maybe Abe wasn’t so honest after all. 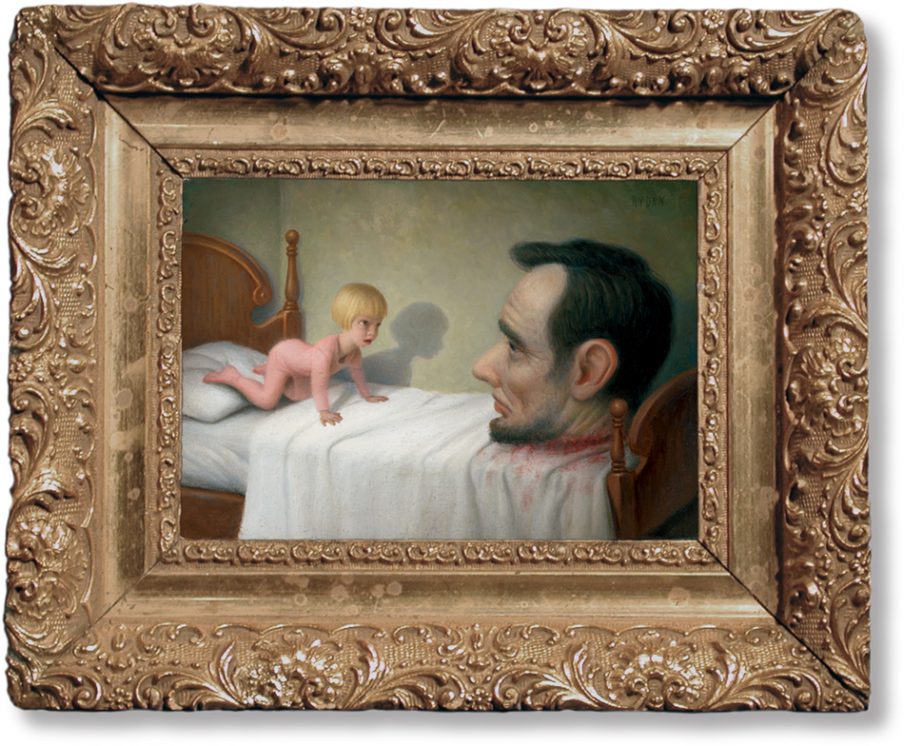 “…A strange breeze gently blew through my studio. I suddenly became aware of something on my shoulder. Surprisingly, I was not startled to find a wee Abraham Lincoln sitting right there on my shoulder. We looked at each other for just a moment. Then he very softly whispered in my ear, “paint meat.”

One of Ryden’s most striking visuals is meat, and you could stop there because he paints it beautifully. But it’s also a reminder that “We are creatures of pure energy and ‘meat’ is the element that keeps us here.”  Observing the disconnect between meat consumption and meat preparation, Ryden believes you should know where your meat comes from and how it gets there. After all, that inanimate substance could’ve just as easily been you. 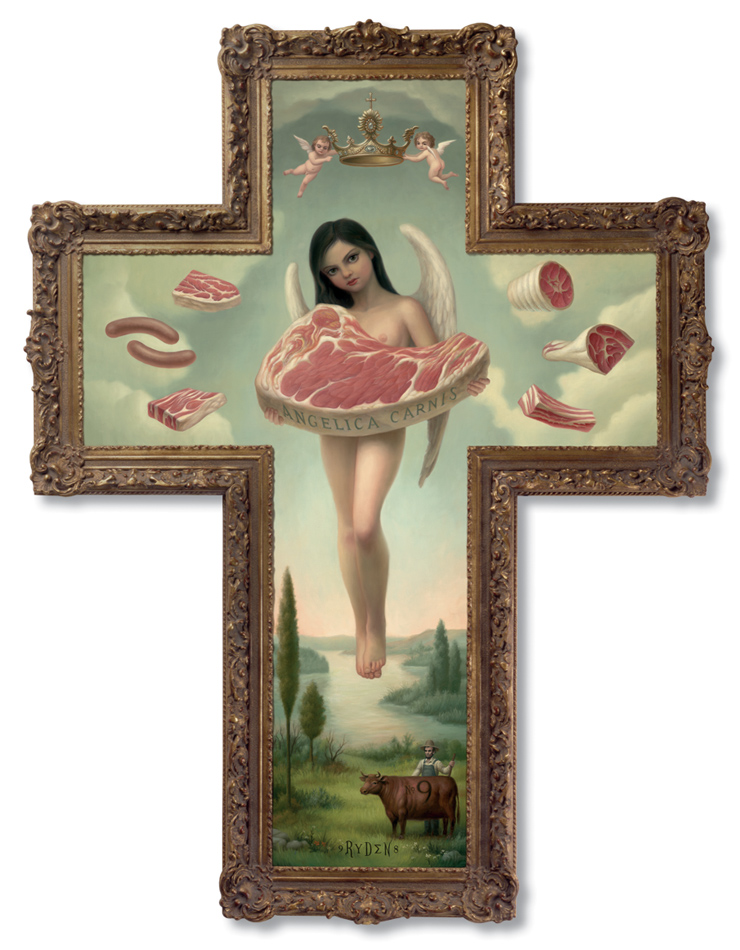 “The High Prince of Lowbrow” packages real-life unassumingly in wide-eyed dolls, religious scripture, American heroes and pork chops. The unsettle you get from that picture is precisely the feeling Mark Ryden is after. He lets his subconscious do the work because, much like life, it can’t always be explained.

next
When Sparrow Mart Opened, I Felt That
prev
5 Times Alexander McQueen Predicted the Future