“The hero was distinguished by his achievement, the celebrity by his image. The celebrity is a person well known for his well-knownness. We risk being the first people in history to have been able to make their illusions so vivid, so persuasive, so realistic that we can live in them” (Daniel Boorstin, The Image, 1962)

Set in a dystopic near-future, Brandon Cronenberg’s Antiviral is a satirical look at the grotesque yet fascinating construct of celebrity. Released in 2012, the Canadian-French body horror has aged well — chasing unhealthy and deadly extremes to emulate celebrity has been in vogue since the ’90s. Today, the roles remain the same as the media dissects and we consume.

To demonstrate is the Lucas Clinic, responsible for purchasing viruses from sick celebrities and then injecting them into paying customers. Pandering to the “true connoisseur” or the “truly devoted,” their clientele are intelligent people who find meaning in the stories around them to feel more connected. Interestingly, the clinic is also founded on the premise that celebrity is not deserved or accomplished — it’s merely a “collaboration”; a “group hallucination.” 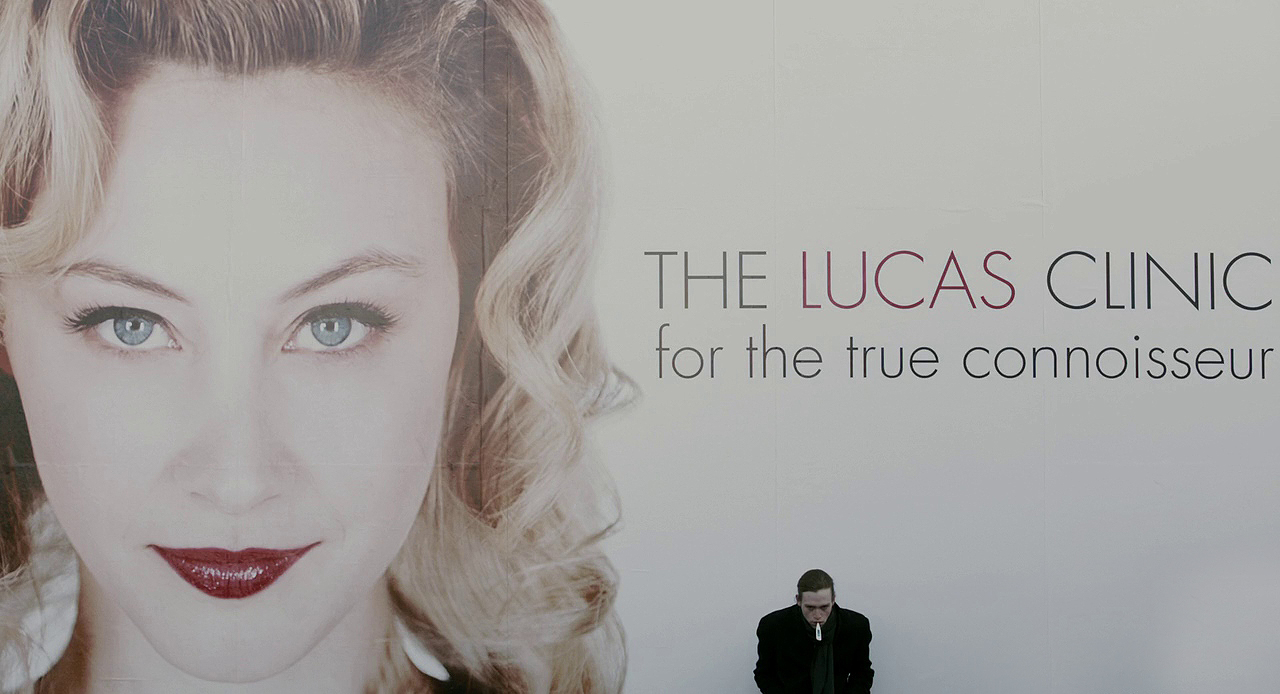 The film follows Syd March (Caleb Landry Jones), a persuasive salesperson at the clinic who expertly peddles their coveted Hannah Geist line. He finally meets her in the flesh when he makes a house call to collect a virus that she picked up from China. After harvesting the sample, Syd unnecessarily injects himself with Hannah’s blood, using his body to smuggle and incubate the virus. Before he can resell it on the black market, he has to remove the copy protection using his stolen Ready Face Console, but this specific virus cannot be analyzed and instead breaks the machine. As Syd grows sicker, he begins to hallucinate, most poignantly, that he is the body of the console complete with tentacle-like suspension and blood oozing from a grate in his mouth. Unable to detangle fact from fiction, he can only approximate himself. 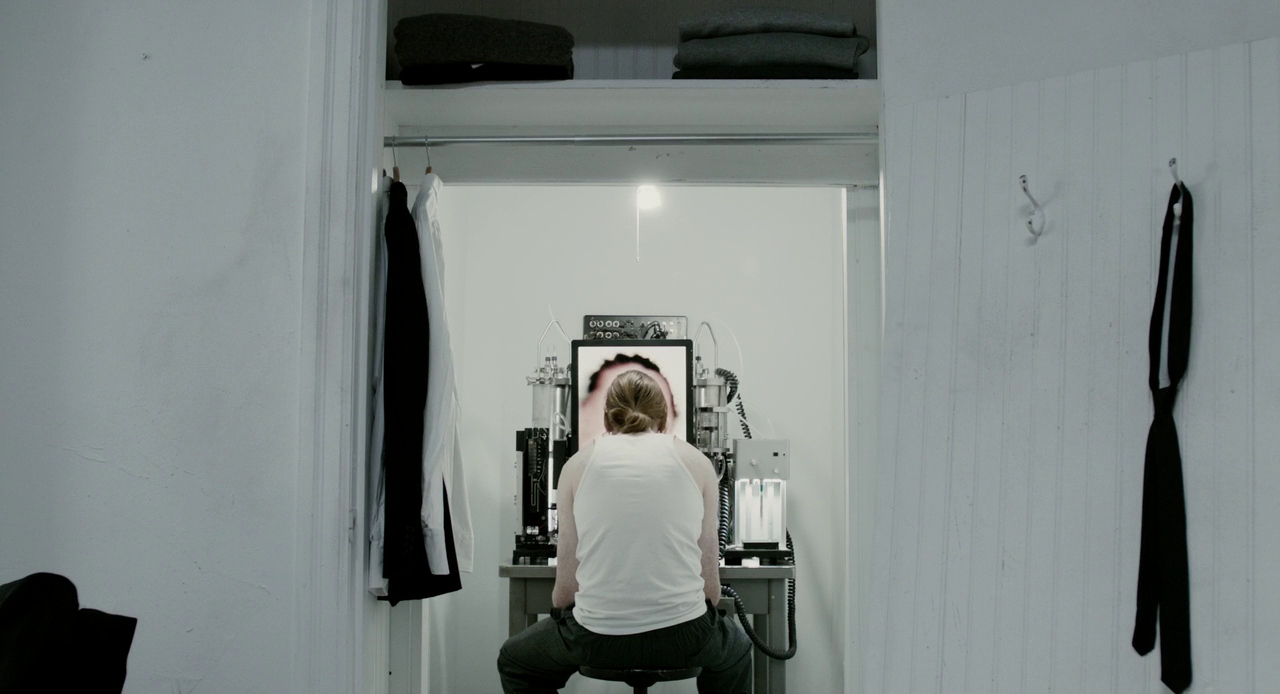 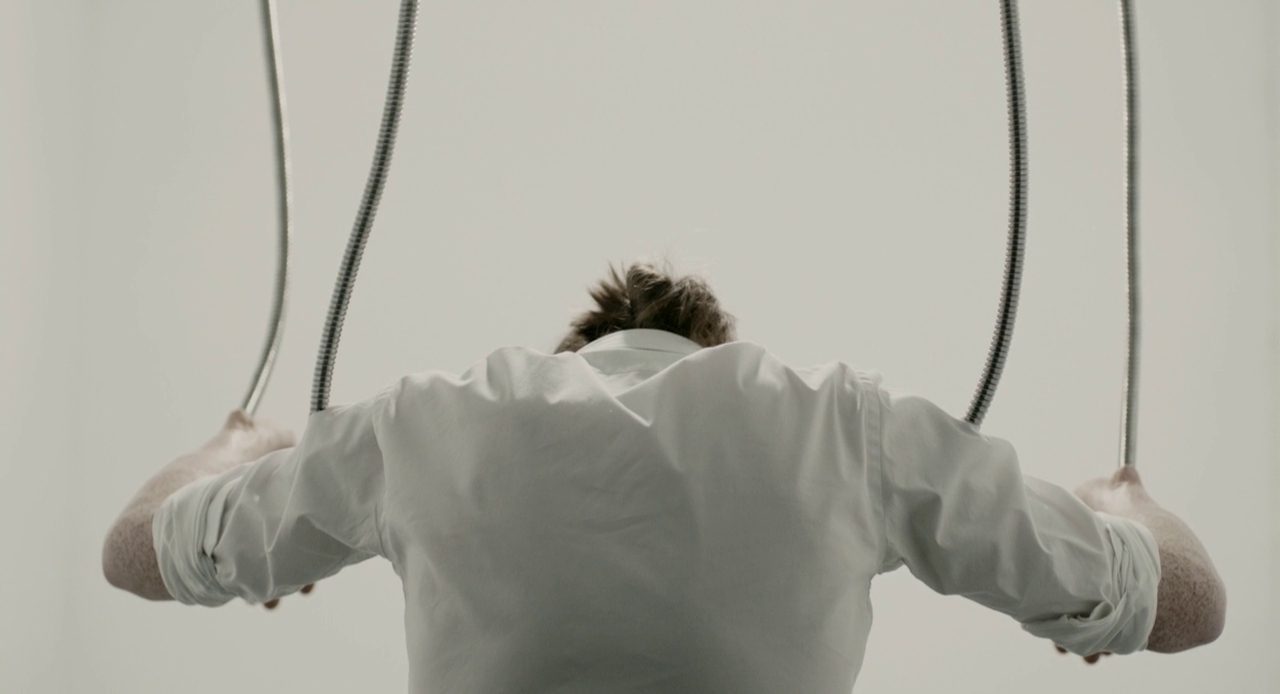 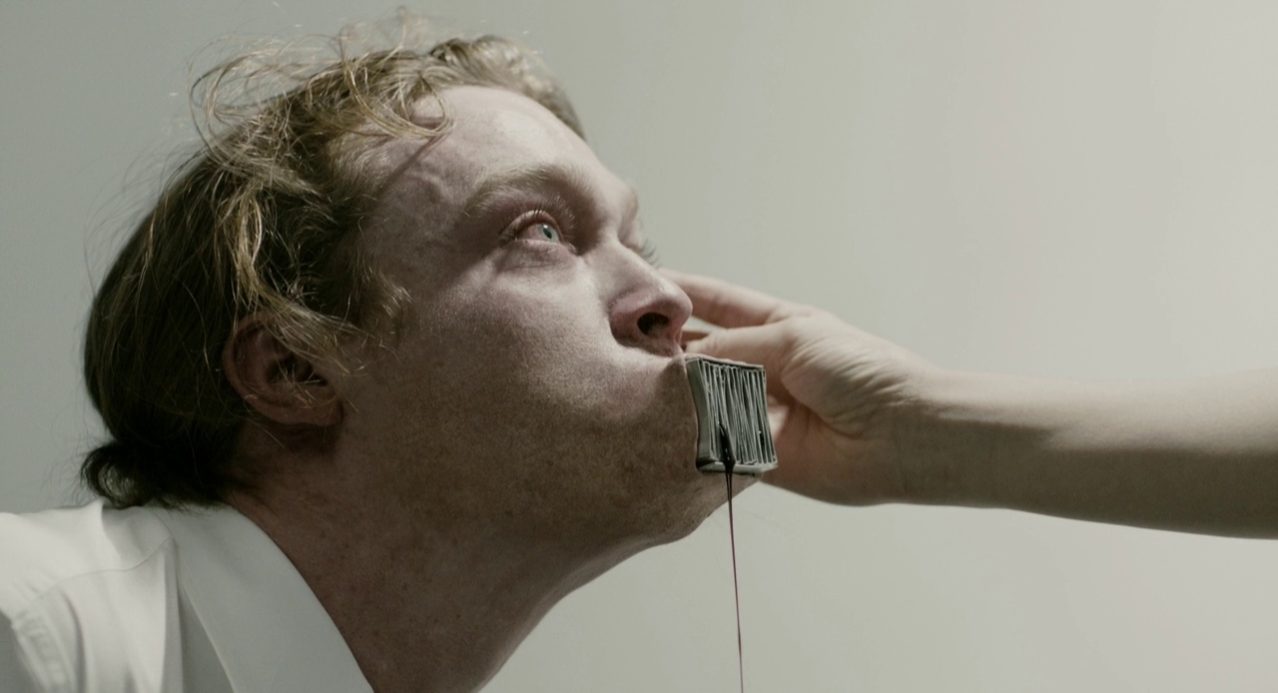 When Hannah is reported to have died from the virus, Syd reaches out to one of his associates, Arvid of Astral Bodies — a deli that serves up celebrity steaks made from muscle stem cells. Arvid brings him to Levine, the leader of a piracy group, who agrees to provide Syd with spare parts to fix his console if he can get a sample of the virus first. It is taken by force when he doesn’t comply.

Later, Syd meets Hannah’s physician, Dr. Abendroth (Malcolm McDowell), at a secluded location. He reveals that she’s not dead yet. In fact, the virus Hannah has is a modification she sold to the Lucas Clinic years ago. Derek, an ex-employee, infected her during a house call and then sold the sample to the rival company Vole & Tesser as an exclusive. 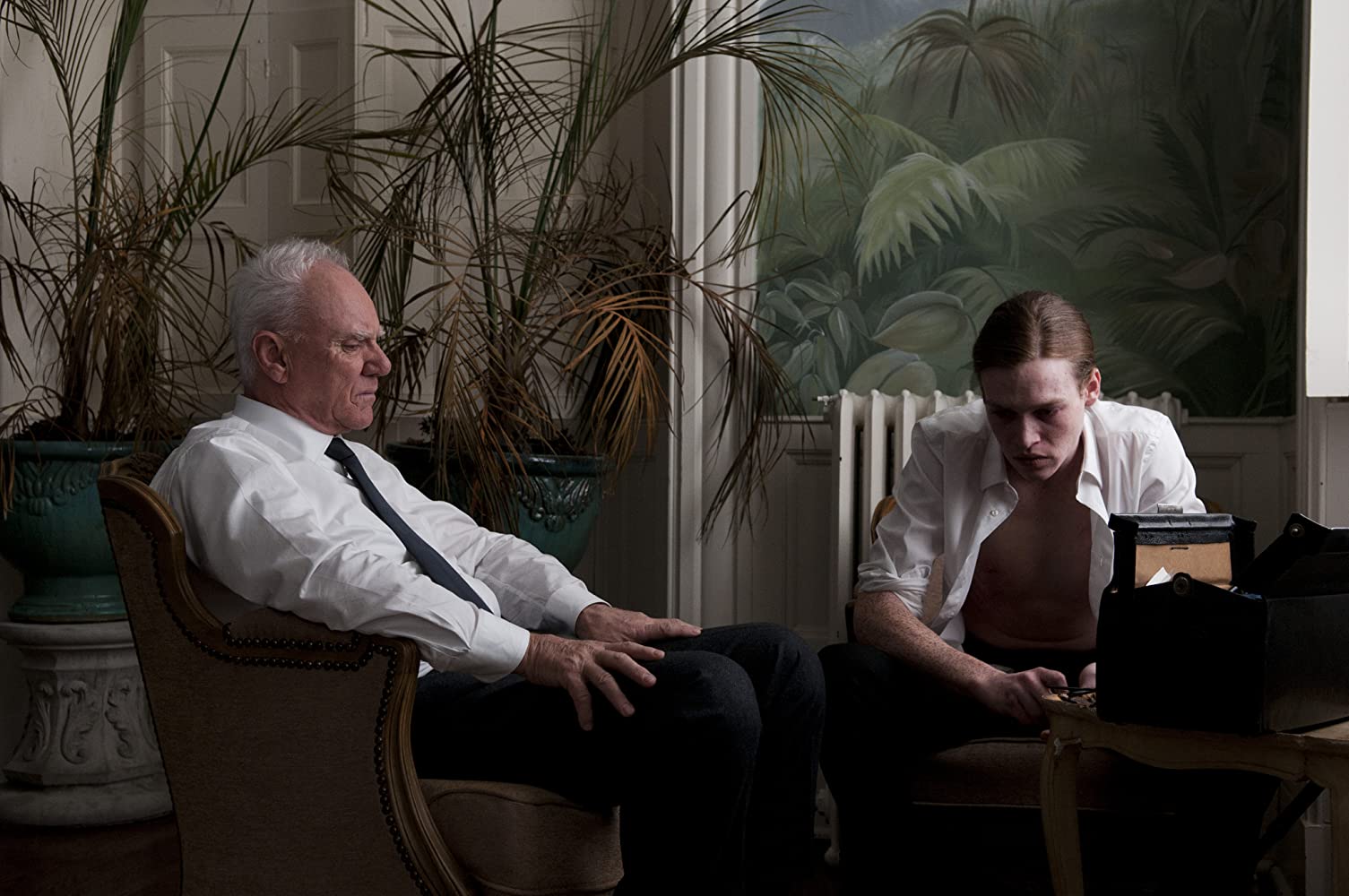 The striking parallel between celebrity and religion is established early on when Syd is in consultation with one Edward Porous. As he injects him with Hannah’s herpes simplex virus, he says, “You should be showing in a couple of weeks,” as if it were a blessing. Hannah Geist is an icon, marketed as “more than perfect” despite her mythical proportions. Even her own doctor, the same one that discounts believing in God as “dangerous infantilism,” proudly sports a skin graft patch of her on his wrist. It’s glaring to the audience that “biological communion” is just as much faith-based as it is science-based. 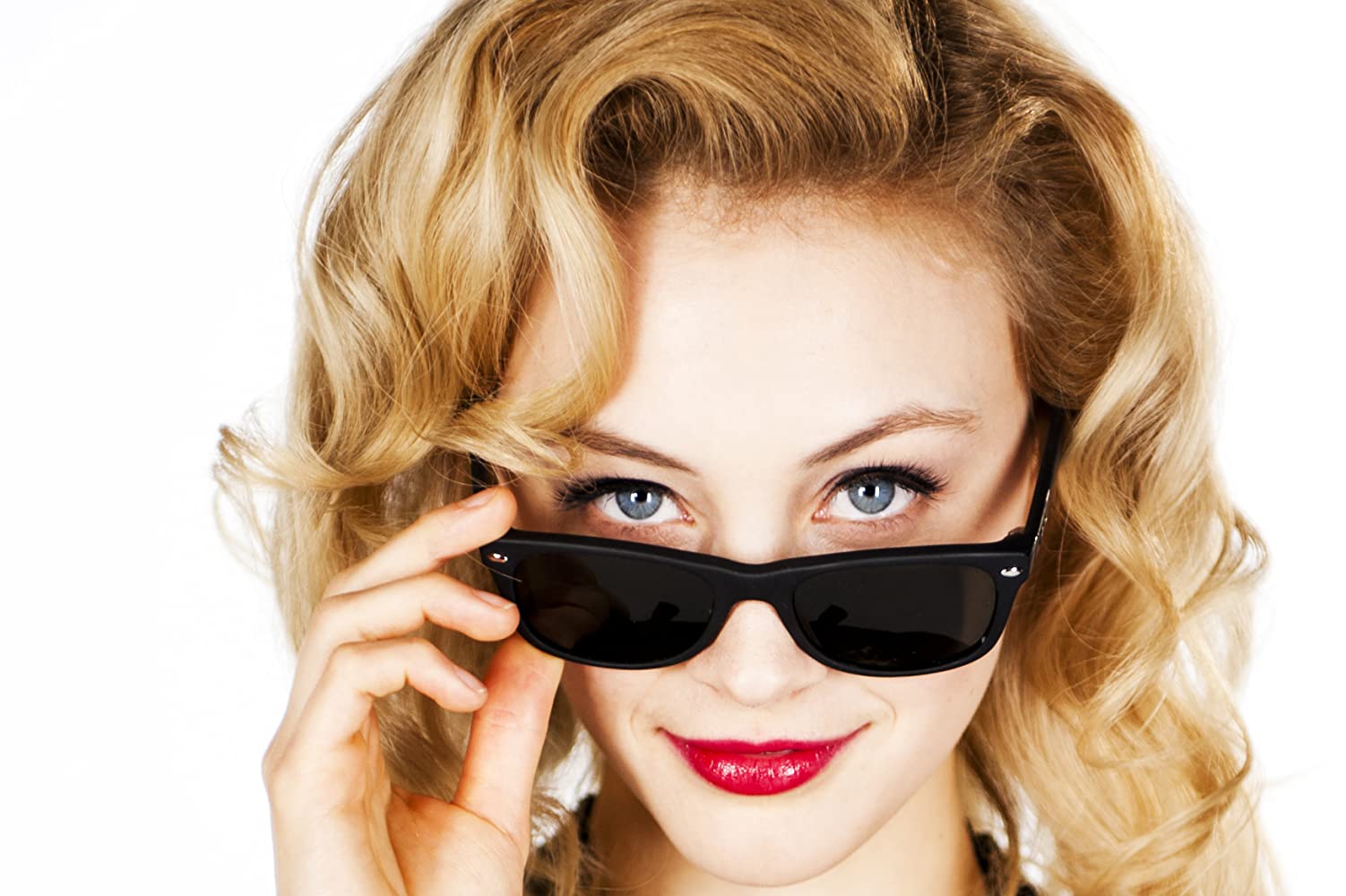 Celebrities Are Pieces of Meat

For Levine, a self-described innovator, “dignity is no longer a valid currency.” His introduction is primed by a scene of his new celebrity simulator franchise. Hannah appears curled up naked in a box flooded with light. She’s begging and pleading to be left alone, “I’ll do anything you want,” she says. Syd also finds himself at the mercy of Levine towards the end of the film when he’s quarantined at Vole & Tesser with his deterioration broadcast on reality tv to ease the suffering of Hannah’s fans. By contrast, Syd is a commodity and, at one point, becomes just as in demand as the celebrity themself.  After managing to escape Vole & Tesser, he joins the team as their chief technician. His first task (and most bloodthirsty): the Hannah Geist Afterlife. Now it seems that Syd has reached innovator status, but ultimately, he’s just another fan. 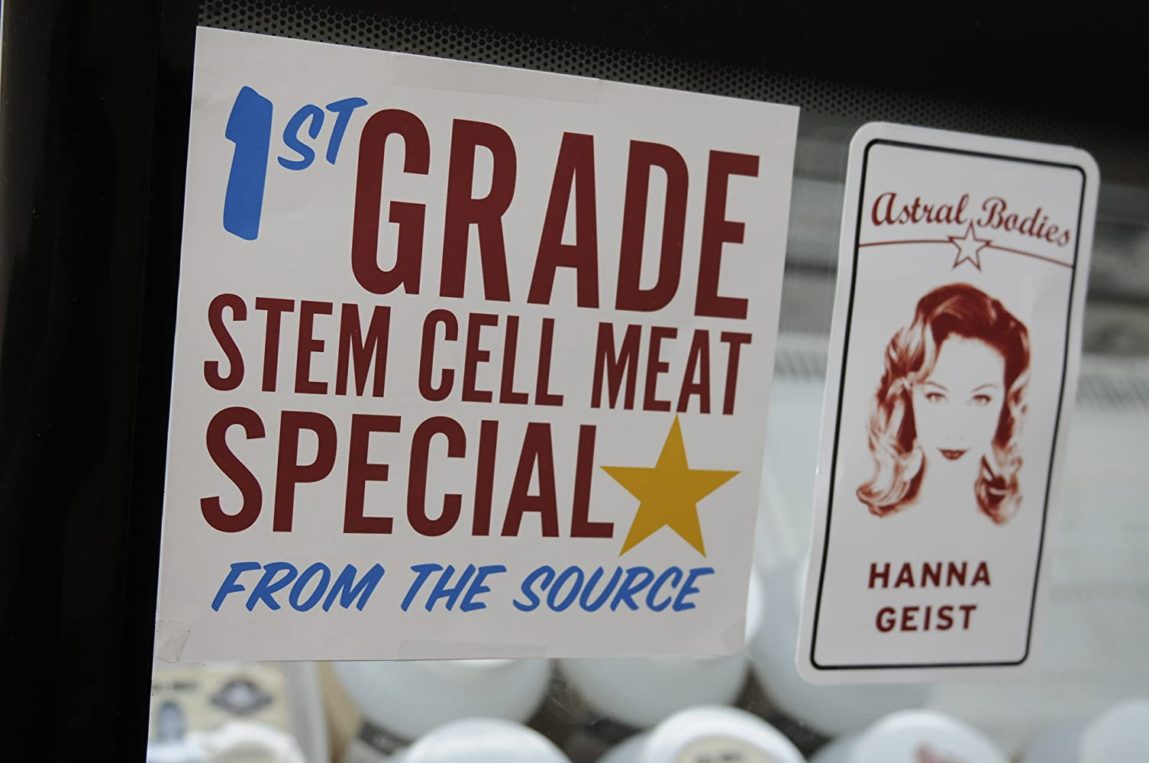 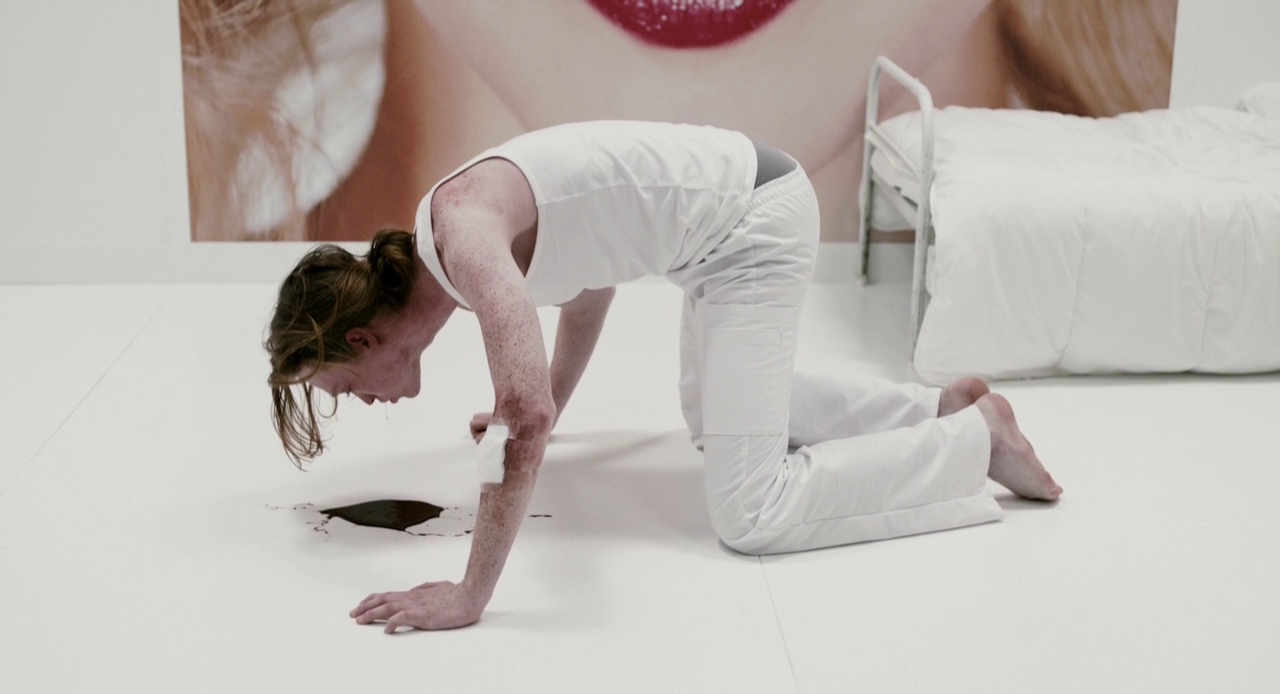 Fame is not all glitz and glamour; that would be unrealistic. As much as we rejoice in the triumphs of celebrities, we also have a healthy appetite for their (real or perceived) failures. What makes them relatable is their imperfection and sickness. And not only do we feed on their downfall, but we revel in their posthumous fame. Hannah Geist is never actually laid to rest; her ‘natural’ course has been perpetuated and expanded to make room for an “afterlife that will be extremely perverse.” Brought to you by Arvid’s patented Cell Garden technology, celebrity cells that were either part of the original body or grown directly from are replicated in order to “find the right home for the right disease.” 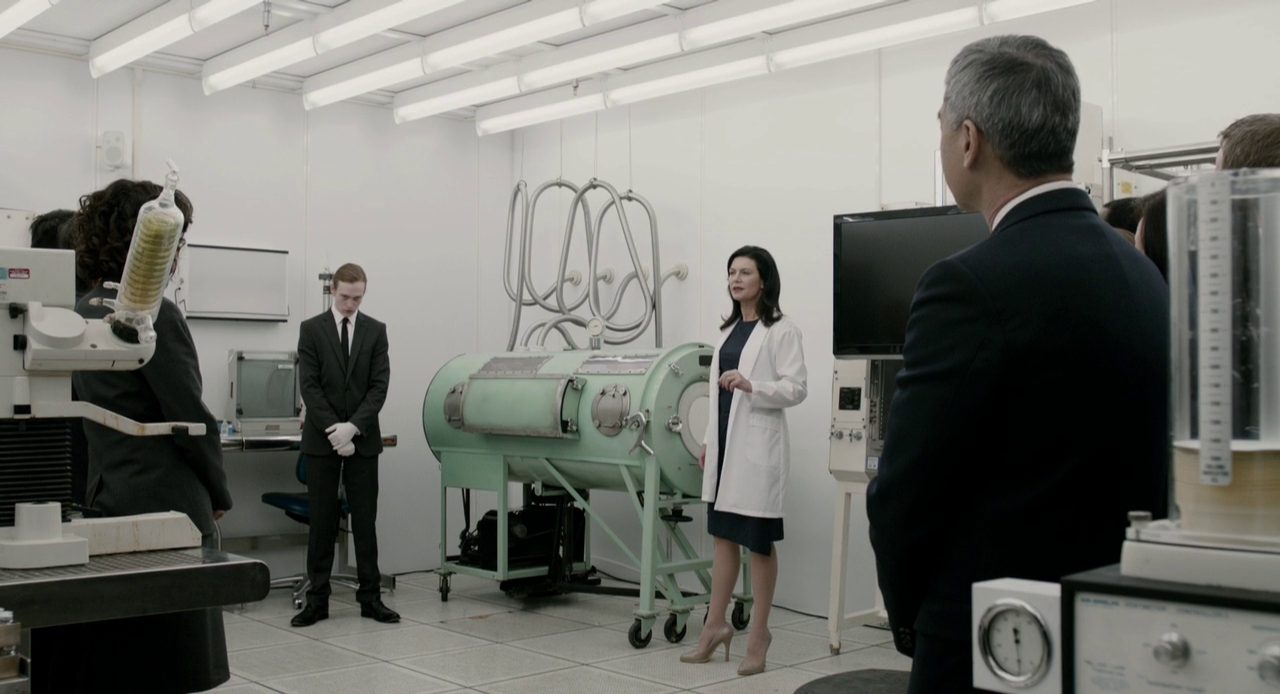 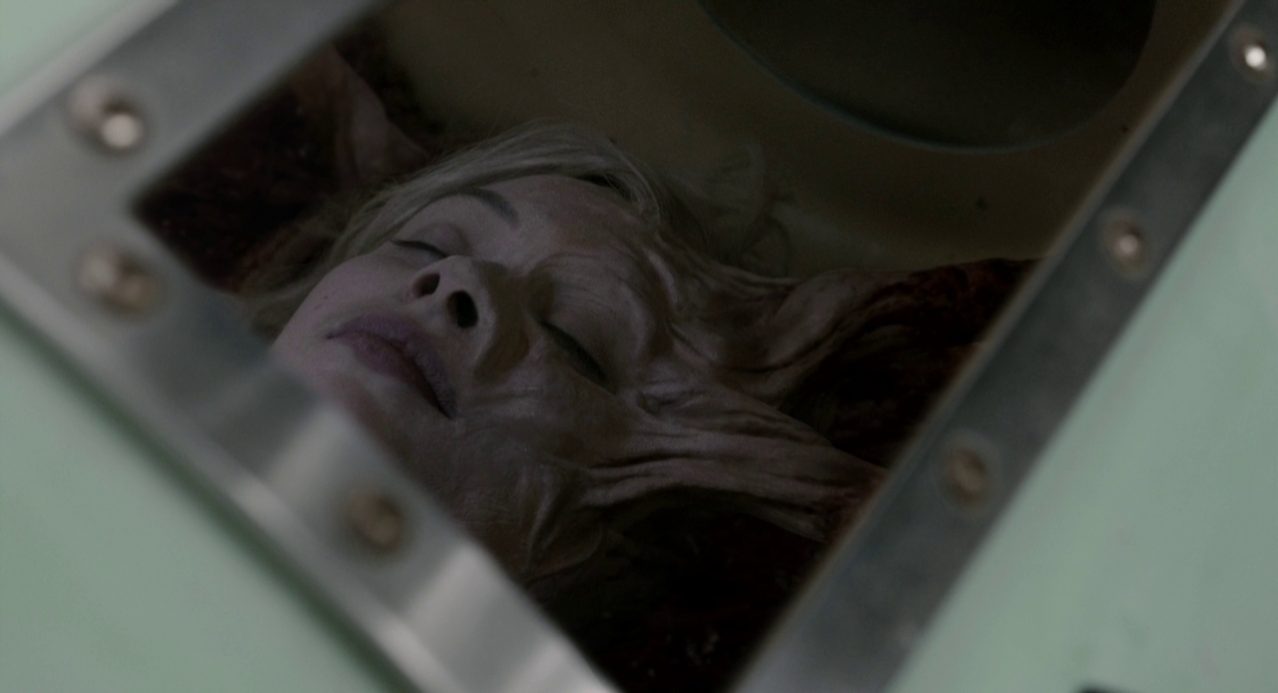 In each case, Antiviral has this uncanny ability to get under your skin with the simple message that celebrity is a dead-end pursuit. Perhaps Brandon Cronenberg’s subsequent work will take place amid a different pandemic, one that doesn’t care who you are.